THE BBC is to intensify its war on Scotland by giving Europe’s unhealthiest population more television to watch.

As the corporation unveiled plans for a dedicated BBC Scotland channel, exhausted Scottish GPs said that if the county becomes any more sedentary they will all close their surgeries and move to New Zealand.

A spokesman for the BMA in Scotland said: “We’ve been begging the government to shut down all the  TV transmitters and replace the satellite dishes with basketball hoops.

“Could we not use the money to buy everybody one of those big exercise balls? After a year of gentle, ball-based movement they could then try walking at a brisk pace for 20 minutes.”

Meanwhile, the BBC stressed that, as well as distracting Scotland from physical health, the channel could give licence payers in the rest of the UK an insight into everyday Scottish life.

A spokesman said: “You might really enjoy it, especially if you’re a fan of The Exorcist.”

Rugby under increasing pressure to come up with set of rules 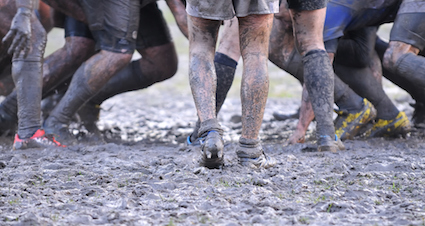 RUGBY Union chiefs have been forced to admit the sport is a bloodletting free-for-all that may need some rules.

For decades, rugby fans have maintained the pretence that there is some order to events on the field, but the sport’s governing body has finally admitted it has no idea what is going on.

A World Rugby spokesman said: “Of course there are things players can’t do, like passing the ball forward or decapitating an opponent. Actually, decapitation may be okay, but they definitely can’t throw the ball forward.”

He added: “The referee is basically just there to pick up the players’ teeth and return them after the game.”

Wales captain Alun Wyn Jones said: “I’ve been playing rugby since the age of four and I’ve never once had any clue where the ball is.

“I just roam around in a pack of other massive men and punch anyone wearing a different coloured shirt.”