We're still evil despite being right about this one, confirms Daily Mail

THE Daily Mail has confirmed it is still evil to the core despite being right about the Dominic Cummings affair.

After criticising Cummings, Boris Johnson and other Tories, the paper has clarified its position on being evil to make sure readers did not think they were going soft.

“We just felt that the Dominic Cummings affair was pretty clean cut and even a hate-mongering, right-wing rag like ours couldn’t argue against it.

“Then on Thursday we’ve got a photo feature about the 1950s, so our readers can leave hateful comments about how much better it was with less immigrants and more hanging.”

He added: “Just to be 100 per cent clear about this, we did actually back Adolf Hitler. Yes, it was a long time ago with different people in charge, but as our frequent coverage suggests, we still like Hitler a lot.” 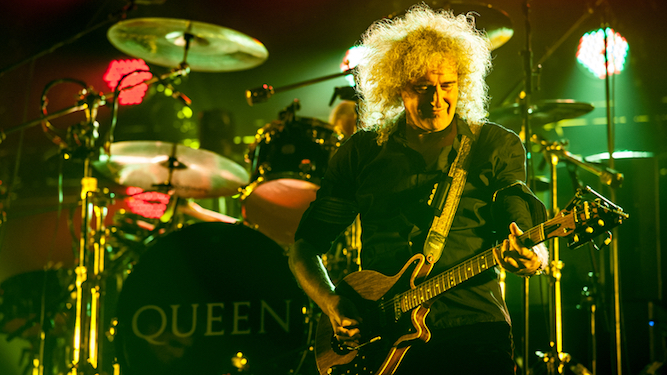 A WOMAN is fearing for her mental health after becoming trapped in a suburban house with a massive Queen fan she married in 2008.

Emma Bradford has been unable to escape the sound of cheesy rock anthems played for up to 14 hours a day by her husband Steve, who has every Queen album and nine different tour t-shirts.

Bradford said: “It was tolerable when we were both working because there would just be the odd bit of One Vision or Seven Seas of Rhye coming from Steve’s computer in the evening.

“Now it’s Radio Ga Ga from dawn till f**king dusk. I’ve tried hiding behind the shed, but the bastard brings out the portable CD player and plays Hot Space while he’s gardening.

“If he’s feeling really sadistic he puts on Flash Gordon with all the dreary incidental music or Who Wants to Live Forever from Highlander. I think he may be evil.”

Bradford is currently cowering in the cupboard under the stairs to the strains of Fat Bottomed Girls and attempting to dig an escape tunnel with an ice cream scoop.