A LIVE television interview has gone viral after the interviewee’s office was disturbed by the arrival of an unexpected, fully grown guest.

Professor Susan Traherne was discussing the complexities of vaccine efficacy on a breakfast news show when eagle-eyed viewers spotted her daughter Sophie blundering through the door.

In the clip, Professor Traherne tries to keep speaking as, still drowsy from a nap, the 270-month old staggers into view. Despite Traherne’s efforts to keep her quiet, the young adult’s cries of ‘Mum, what’s my national insurance number?’ can clearly be heard.

When ignoring the interruption does not work, Professor Traherne gently explains to her daughter that the HMRC letter is on the kitchen table where she left it. Her inquisitive daughter replies with further questions about how to address the letter and the location of her sports bra.

Speaking later, Professer Traherne said: “People don’t always understand that being the mother of a grown woman is a full-time job that you have to juggle with your actual full-time job.

“Especially when your kids are entering difficult years like their terrible twenty-twos.” 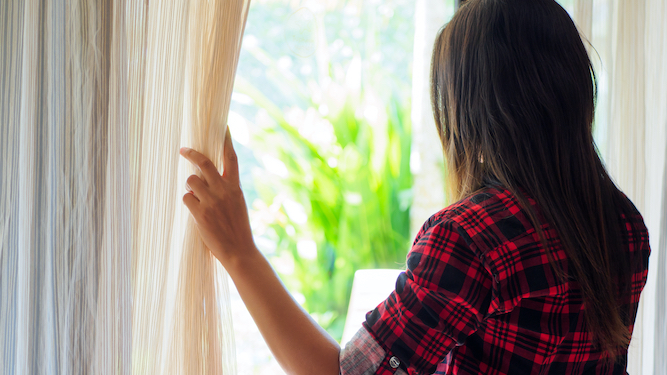 FOLLOWING the discovery of a handful of local Covid-19 cases, New Zealand is currently halfway through a demanding three-day lockdown.

The punishing restrictions demand that Auckland’s 1.7 million residents remain indoors for a full 72 hours, while the rest of the country has been politely asked to follow the Alert Level 2 rules.

New Zealand resident Mary Fisher said: “We all praised Jacinda Ardern for going hard and early with the restrictions last year, but this time she’s gone too far. She’s clearly drunk with power.

“What am I meant to do if I want to take in the breath-taking natural scenery I’ve enjoyed uninhibited for months on end? Turn my head slightly and look out the window? It’s just not the same.

“We’ve endured hours of these emergency measures and the end is already clearly in sight, but I think people want to lift the lockdown early so we can return to the normality we all vividly remember from last week.”

Fisher’s friend in London Tom Booker said: “Sorry, I thought you were taking the piss when you said three days. I’ve had hangovers longer than that.”