A NATIONAL holiday to celebrate the traditional British mistrust of foreigners is being proposed by the government.

Communities Secretary Ruth Kelly said the holiday would fall on 22 July, the anniversary of the first episode of Till Death us Do Part, when Britain's most lovable racist entered the nation's hearts.

Kelly said: "Mistrust of all things foreign pervades every corner of our national life and it's about time the Labour Party used that to its political advantage.

Kelly also said immigrants would have the chance to "earn" British citizenship, "by working as a minimum-wage nanny for, let's say, a busy Labour cabinet minister who has a lot of kids".

Mother-of-four Kelly added: "We need to rediscover what we have in common: Hatred of Spaniards, Frenchman, Indians, Argentinians, Germans, Italians, Chinese, Koreans, Filipinos and Brazilians.

"We need to remind ourselves constantly that other countries are hellholes that have achieved nothing and that Britain is, and always will be, a country of Christian superbeings.

"By the way, I heard that David Cameron's great grandfather was a Belgian." 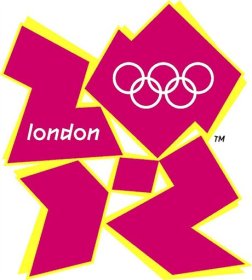 POLICE have issued an urgent warning to the public not to approach the designer of the London 2012 Olympic logo.

The logo has been quarantined and Olympic chairman Lord Coe is due to appear before magistrates later today charged with aiding and abetting the creation of a psychotic brand.

Chief Superintendent Bill MacKay said: “If you look closely at this logo you will see that it’s mental.

“The sharp edges, the disturbed use of colour and the crayons make me think this is the work of a Frenchman. But I suspect that’s all part of their game.

“We’re looking for someone who is outgoing, chatty and enjoys soap operas, pop music and setting fire to mice.”

London Mayor Ken Livingstone said the logo reminded him of his pet newts and made him want to have sex.