A MAN has described the recent incredible success of his closest friend as ‘sickening’ and ‘completely selfish’.

Joe Turner was left in a state of distress when he heard his best friend Stephen Malley had secured the job of his dreams complete with a six-figure salary, just months after marrying a wonderful woman and starting a family.

Mr Turner said: “It’s not that I want to see Stephen fail or suffer. It’s just that when he does really well it makes me hate him a bit. Well, a lot.

“It’s great that things are going so well and, in a way, I’m really pleased for him. But I do wonder if he even considered how much pain his actions would cause me.

“I’m not a jealous man. But it’s just good manners to check and see how my life is going before making these sorts of decisions.

“It’s a shame, but I’m going to have to look for an uglier, less ambitious friend to protect myself from this sort of turmoil in the future. Sorry, Stephen.”

Stephen Malley said: “I’m gutted to lose Joe, but only because his utter failure at life made me look amazing.”

If you're not in a family get f**ked: Keir Starmer's new rules for Britain 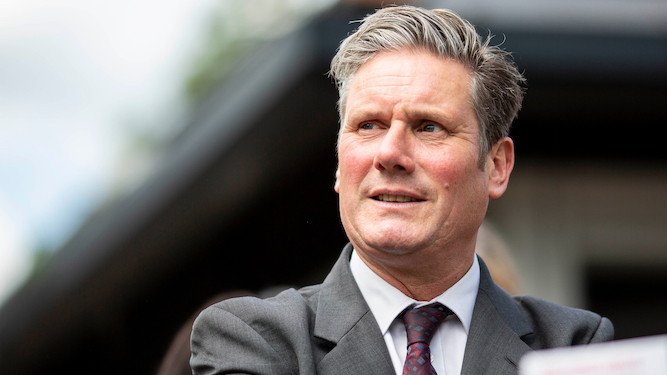 IN his pamphlet The Road Ahead, the Labour leader has outlined his vision for Britain. Here are the key takeaways:

I want a turn at ‘taking back control’

The Tories have had a bash at taking back control and messed it up, so I deserve a turn. Given that I can’t even control the multiple warring factions within my own party I am bound to fail, but I want to try because I struggle to think up slogans of my own.

You’d better be in a family

Live alone? Can’t stand your family? Can’t have a family? Well, Labour’s not for you, you individualistic freak. We are the party of family. But only hard-working families, whose priorities I have pledged to put first. Lazy families are not welcome in my vision for Britain.

Patriotism is brilliant but nationalism is bad. This is my simplistic way of appealing to both xenophobic flagshaggers and metropolitan wokesters. Yes, it’s sitting on the fence and no, it won’t appeal to either group but falling between two stools and not achieving much is where I feel most comfortable.

Labour is the party of the working left, but who’s to say where the left really is? It could just be ever so slightly west of the right. So I’m bigging up the private sector, and making no mention of anything Corbynish like corporate tax avoidance or the trade unions. Once again, it will appeal to neither side and leave me floating around uselessly in the middle.

Some other vague stuff

This pamphlet is 12,000 words long and I still haven’t really got any concrete policies to fill it with, even though you’d think that was the point of the whole exercise. So I’m going to add in some meaningless waffle about a contribution society, cross my fingers and hope you vote for me next time.