BRITAIN’S favourite sexual position is watching the television, according to a new survey.

Tom Logan and his girlfriend Emma Thomas, who have been together for eight years, are among the 95 percent of long-term couples that prefer to have sex this way.

Logan said: “We thought our sex life was dead but then Emma she suggested we try something new that she’d ‘seen in a magazine’, which got me quite excited. It was the Radio Times.

“She told me to stay fully dressed and sit on the sofa with my eyes open. She then gripped tightly onto the remote, one thing led to another and before you know it we were watching a repeat of QI on Dave.”

Professor Henry Brubaker, of the Insititute for Studies, said: “Unlike, for example, the Reverse Dutch Steamboat, the the position is fairly straightforward. Also both parties are almost guaranteed to experience a climax, albeit within the narrative structure of what they’re watching.”

He added: “It is actually very difficult to conceive a child this way. I know I shouldn’t really have to point that out, but this is 21st-century Britain.”

Can it ever be morally right to stop drinking after four pints? 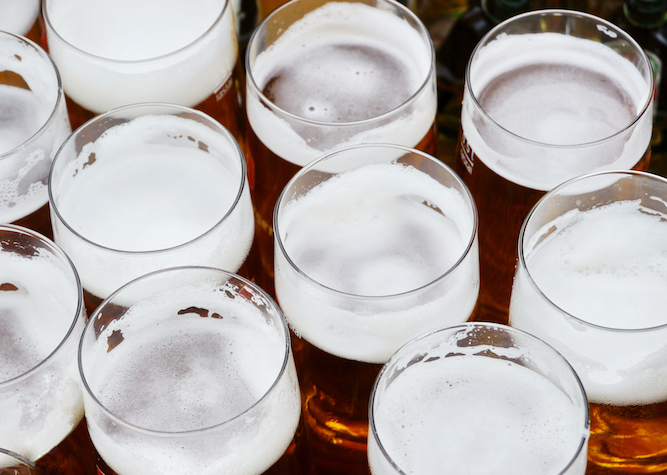 YOU’RE four pints in. The highlight of your evening is behind you. But is it ever ethically defensible to say ‘Right lads, I don’t want to spend another 30 quid to feel like shit, I’m off home?’ Take our quiz to find out.

Are you a killjoy?

A) I’m not a killjoy, I’ve just had enough that’s all. I don’t want to end up like last week when I went all the way to the nightclub just to be chucked out for throwing up in the smoking area.
B) You’re a fucking killjoy is what you are mate. Si, get him another drink in. Put a Jägerbomb in it.

Are you abandoning the lads?

A) The ‘lads’ are all well over 30 and can handle themselves, unlike me, who was found trying to get a night bus that turned out to be a National Express to Hull a fortnight ago. The ‘lads’ will be fine.
B) You’re abandoning the lads. You’re abandoning the team. We have to stick together in this world full of fuckers, you know that. Is that twat on the pool table looking at me?

A) I don’t have a girlfriend. She dumped me after you put photos of me with that stripper, that I don’t even remember meeting, on their WhatsApp group. I just want to be alone.
B) Pussy-whipped, he is, TCH-KOW! He must be back with her, or on a new one more like! Dirty bugger, have a drink, tell us all the details.

Mostly As: You have attempted to argue that it could be morally right to leave after four pints, but your argument has been defeated.

Mostly Bs: He tried to say he was going home, but I put a stop to that. Fucking lightweight. Where is he now? Fell in the canal? Classic.