Couple breaking up promise they will remain vague acquaintances

A COUPLE splitting up have sworn to each other that they will always remain vague acquaintances.

Tom Booker and Francesca Johnson’s relationship recently reached the end of the road after 14 months together, but both have promised they will continue to sort of know each other a bit.

Johnson said: “No matter what happens, we’ll always keep half-heartedly in touch and maybe go for a coffee if we bump into each other, which I hope we won’t.

“We’ve got so many memories together – that festival, the weekend in Galway, I’m sure others – that we can’t just throw away. The least we can do is Like each other’s Facebook posts once in a while.”

Booker agreed: “Some couples remain more-or-less acquainted for years after breaking up. They run into each other, ask how they’ve been, and then they get back to talking with their actual friends.

“It’ll be great to still know what Tom’s up to for the next three to four months, before we both meet new people and quietly unfollow each other.” 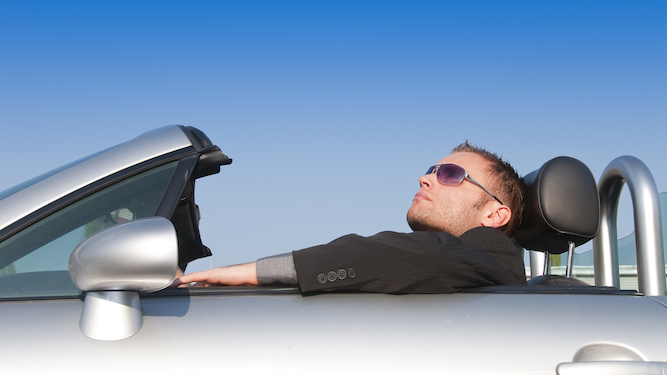 DO you constantly try to impress people with your frankly unspectacular achievements? Here’s how to go about it.

Unless you live in London, owning a house is no big deal. And if you’re showing people around a fairly standard mock-Tudor commuter home as if it’s a palatial mansion, you perhaps need to have a word with yourself. Even more so if it’s a pristine new-build and they feel like they’re on a VR tour on Zoopla.

Always have the latest and most expensive phone, even if the crippling contract means you’re basically an indentured servant to Vodafone. Get a brand new Audi on a rip-off finance agreement too, if you really like being terrified about money every month.

Do you know any quite wealthy – six figures, fancy holiday – people who run very boring businesses? Abase yourself by repeatedly mentioning how much you respect Steve for making a success of his guttering business, and how down to earth he is despite driving a 2015 Jaguar XF.

Bang on about your income

Hypocritically, showing off about money is fine if you’ve earned it in a casual way, eg for being Keith Richards. However, repeatedly mentioning how you earn a ‘cool £80k plus bonus’ as an estate agent is irritating and, depending on how bad the housing crisis gets, could result in an unwanted mob lynching.

Parents should be aware that being the best footballer at school aged six does not guarantee growing up to be Ronaldo. Regularly being top of the class in spelling also does not mean they are a tiny Margaret Atwood, as your bitter kids will discover later in life.