A COUPLE have quietly decided that neither of them will mention their anniversary ever again.

Tom Logan and Nikki Hollis both let their anniversary drift by without acknowledging it, despite both knowing full well when it was.

Logan said: “At the beginning of the relationship, each milestone felt exciting. Now, much like birthdays in adulthood, it’s just another reminder of our creeping mortality.

“It’s not that we don’t love each other, but after so many years, it’s less a case of ‘look how far we’ve come’ and more ‘oh, you again.’”

Hollis agreed: “We share a bank account, so any gifts or trips we get each other at this stage are just more expenses we could do without.

“After this long together, you start to run out of gushing, loving things to put on Facebook. Last year’s anniversary card was basically an expensive reminder to take the car for its MOT.

“We’ll celebrate when it’s a really big milestone, for example when one of us dies.” 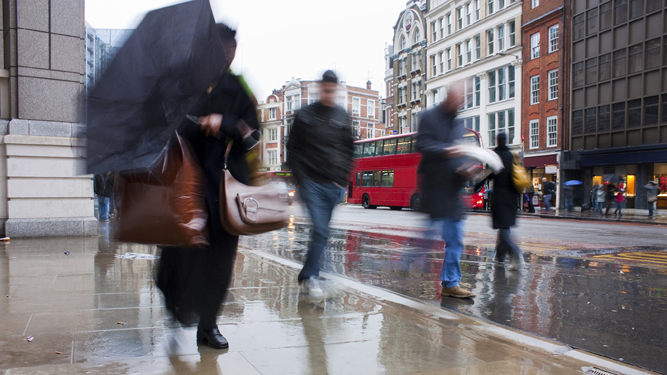 NOBODY is admitting that the awful weather we wanted but is turning out to be a huge pain in the arse is the perfect metaphor for Brexit, it has been confirmed.

Despite the obvious parallels between wishing for something different and then realising that the thing you wished for is a steaming pile of shit, no-one is making that comparison.

Brexiter Wayne Hayes said: “I thought I wanted it to rain because the weather had been so hot for so long, but now it’s here I remembered that actually, rain is rubbish.

“I can’t think of any other time in my life anything similar has happened.”

Prime Minister Theresa May said: “Even though all my shoes are soaking and my clothes stink of damp, these grey skies are actually a very exciting thing for Britain.

“I am going to go and negotiate with the clouds for it to stop raining, it should only take about five years.”