A FOUR-YEAR-old boy has deliberately ruined his mum’s cup of coffee by walking into the same room as her.

Lucy Parry was furious after her son had the cheek to appear by her side when she was only two blissful sips into a double shot Americano.

Emma said: “I pretended I hadn’t seen him and sat there staring blankly at the wall like a statue. Unfortunately, despite appearances, he’s not a total idiot, so he saw through that.

“He had the gall to ask me for Rice Krispies. I hadn’t got up at 6am and made coffee like a ninja for it all to end now. I tried to block him out, but he started whispering ‘Are you OK mummy, you’re being strange’ in my ear.

“‘You are not welcome here’, I told him. ‘I love you but if I have to put this mug down, I will end you’. He didn’t give a toss, of course. He just told me he needed a poo and that was it. Coffee officially ruined until I try again tomorrow, like Sisyphus.”

Milo Parry said: “Mummy had to reheat her coffee three times and watch Mr Tumble instead of the news. Another successful morning.” 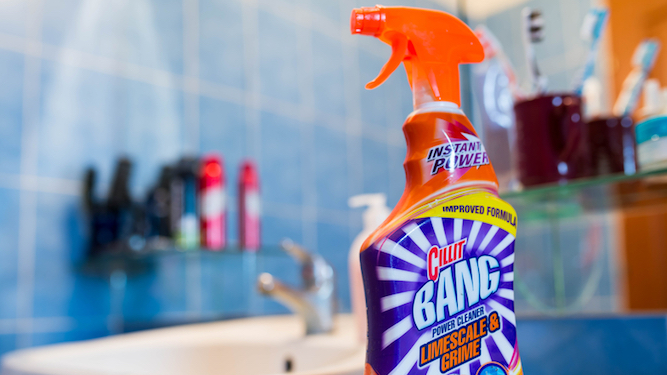 SOME advertising slogans were amusing the first time you heard them. But the humour soon wore off after years of bellends grimly parroting them. Groan once more at these:

Countless people try to imitate this Marks & Spencer ad in their grossest attempt at a ‘sexy’ voice. Thanks to M&S you now know the voice Chris from accounting uses when he’s in bed with his girlfriend.

‘Does exactly what it says on the tin’

There’s a certain breed of middle-aged man who thinks that crowbarring a slogan from an advertising campaign for varnish into as many situations as possible is amusing. Actually all they’re doing is reminding people they’ve got some tedious varnishing to do.

When the Churchill Insurance dog made its television debut society nearly ground to a halt due to people replying to every single question with a throaty ‘Oooh yes!’. Doing free marketing work for an insurance company really doesn’t count as wit.

‘Bang! And the dirt is gone’

Once Cillit Bang is mentioned, otherwise normal people will descend into a frenzy of repeating this phrase, all desperately trying to outdo each other’s Barry Scott impression. This ad hasn’t been broadcast for about 15 years. Let it go.

‘Probably the best… in the world’

What’s so annoying about Carlsberg’s famous slogan is that it’s a template for anything. You never know when a bloke in the pub will randomly say ‘Probably the best bar stools… in the world.’ And probably be greeted with guffaws of mirth from his idiot mates.