THERE are some go-to stories your other half cannot resist shoehorning into conversations. Here are five tales which will make your eyes roll so hard you’ll get dizzy…

That time they ‘met’ a celebrity

A story they’re always looking for an excuse to tell. The moment anyone mentions the word ‘train’ they’re off with a dull tale about how they saw James Corden and a friend on the 09:53 to Euston. They didn’t speak, and nothing much happened, so the thrilling showbiz gossip you get is that Mr Corden ‘seemed alright’ and ate a muffin.

That run-in with the doctor

Nothing makes for a good anecdote like a bit of drama – in this case a minor disagreement about antibiotics with their GP. But it’s told like it was an angry courtroom clash from A Few Good Men. Naturally your partner is the hero – articulate, friendly, but with a will of iron. The doctor is snide, argumentative and probably taking backhanders from drug companies.

That holiday they went on with an ex

Now you’ve bought a home and had two kids, there’ll be no more exotic holidays until you retire aged 80. Relive a happy holiday thanks to your partner banging on about the ‘magical’ fortnight they spent travelling around Japan with an old flame – who has become more and more wonderful in their distant memories.

That embarrassing incident at Christmas

This is not particularly scintillating to begin with – a mildly inappropriate present, forgetting to do sprouts, the time a paper hat from a cracker gave them a purple stain all over their forehead. Made all the more tedious with identical intonation, hand gestures and facial expressions from 10 years of retelling.

That incredible meal they had once

You’ve never eaten in a Michelin-starred restaurant. But you feel like you have, because your partner lists all 12 courses they ‘experienced’ from the poncey tasting menu when they visited one in 2015. It makes you starving. Which is a shame, because all you have in the kitchen cupboard are two bags of Mini Cheddars.

Party's over, the last jammy bastards on furlough told 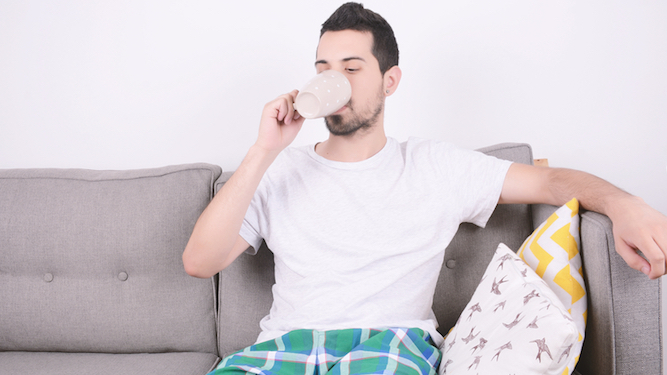 THE last few cheeky gits on furlough have been told to straighten up and get back to bloody work like the rest of us.

After a year and a half of being bankrolled, the government has ordered freeloading employees still on furlough to get off their arses, put on some proper clothes and start toiling again.

Rishi Sunak said: “Remember work? That boring thing you did before you gawped at Netflix for months on end? Yeah, it’s time to do that again. Now.

“I know the comedown from your massive break will be hard, but once you get back to mindless labour it’ll be like you never left. That’s if you’ve got a job to go back to.

“If you’re poor and at a loose end, we need lots of HGV drivers. The hours are long but the pay is shit, so hose the Dorito crumbs off your body and fire off an application. My money tap is off.”

Furloughed worker Donna Sheridan said: “Oh yeah, scraping out an existence on 80 per cent of my regular income was a wild ride. I can’t wait to get back to the office and find out that I’ve been made redundant.”