Getting pregnant the best way to humblebrag about having sex

HAVING a child is the best way of letting people know you had sex fairly recently using faux modesty, it has been confirmed.

Getting pregnant enables you to subliminally announce you have had intercourse because the associated discomfort and pain stops it sounding as if you are showing off, according to mums-to-be and their partners.

Expectant mum Susan Traherne said: “People can’t miss my massive baby bump. And when they clock it a little voice in their head says, ‘Someone blew their beans up her fanny a few months ago.’

“I try to play down my sexual success by talking about how the baby’s coming along and whether it’s kicking yet. But I just know they’re curious about which position I got fertilised in and wondering if it took multiple, sweaty attempts to conceive. So I tell them. Repeatedly.

Friend Wayne Hayes said: “As with most things, it’s so much easier for women to humblebrag about having sex. Meanwhile us blokes have to complain about how empty our balls are, which is nowhere near as subtle.” 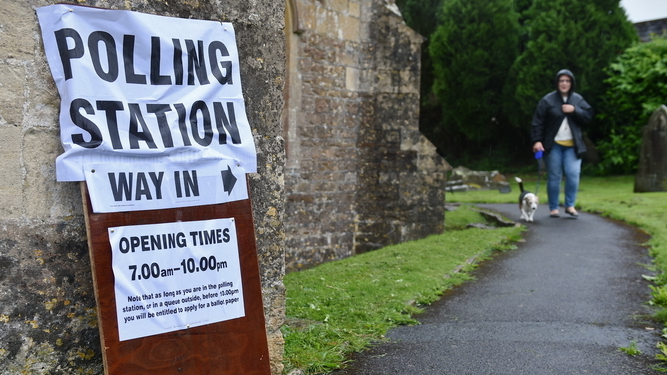 I’M off to vote later, and rest assured I’ll be addressing issues like ‘woke’ and Muslims that make f**k all difference to North Shropshire or in fact most of the UK.

It makes my blood boil that they want ban everything British. I suppose if I meet a German I have to say ‘Sorry for defeating Hitler, please accept my apologies.’ And I doubt they’ll be showing The Snowman this year. I think we all know why – he’s white.

Then there’s transsexuals. I haven’t seen any in the Shropshire village where I live, but they’ll start recruiting soon enough. Big burley men in dresses in the ladies’ changing rooms in M&S, women pretending they can do anything a man can – until they need a jar opening.

And there’s the elephant in the room: immigration. I expect they’ll ban sausages soon – even beef ones – so as not to offend you-know-who. I shouldn’t be turned into a criminal for liking a nice Cumberland.

Obviously I’ll be voting Tory to stop all this happening. They’re the only party talking about it, constantly in fact. Starmer just wants Black Lives Matter to run the country. If you ask me, his pal Corbyn is probably still pulling the strings.

I’ve heard it said there are real issues affecting Shropshire, like people waiting 10 hours for an ambulance. But what’s that compared to the poor female academic from Sussex, or maybe it was Essex, whose name I forget, who got fired or something because of transvestites?

All this talk about Downing Street parties is a silly distraction. Boris is doing his best. It’s not his fault he’s lazy and stupid. Personally I’d vote for a mouldy potato if it supported Brexit, and Boris is head and shoulders above a mouldy potato.

So I say let’s focus on the real issues affecting us Shropshire folk – don’t ban Noddy and stop saying ‘actor’ when we mean ‘pretty actress’.