A WOMAN has fled her new boyfriend’s house after doing an unflushable poo in his toilet.

Francesca Johnson was enjoying a pleasant summer evening at new love Tom Logan’s flat when she went to the bathroom and unleashed a turd of epic proportions.

Realising her mistake as water rose to the top of the bowl, Johnson escaped out of the bathroom window rather than admit her floater to Logan.

She said: “I’ve never been so embarrassed in my life. Tom’s not meant to know I do poos, let alone large ones.

“I considered throwing it out of the window and blaming the dog, but that was getting too complicated. Instead I did the sensible thing and weirdly just disappeared.”

Logan said: “I’m stunned. I had no idea Francesca defecated. I thought she only went to the toilet to emit a stream of lavender and rose petals.

“I’ve genuinely never seen a poo that big. The plumber was here for two hours and just kept shaking his head. I’ll be sending Francesca the bill.” 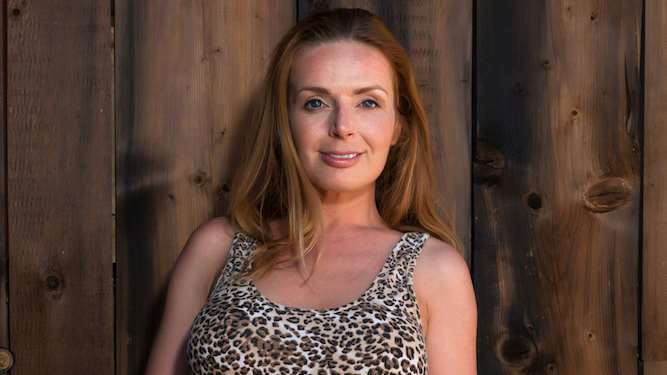 A WOMAN on a night out is one item of leopard print away from being confused with a jungle cat using its hind legs to walk.

Essex reveller Emma Bradford’s decision to wear leopard print heels rapidly escalated into a top, leggings and jacket that would allow her to blend into African grasslands while stalking prey.

“All the girls out tonight have at least one item of leopard print, but in Emma’s case she actually looks like she might bite into someone. If a gazelle’s escaped from a zoo they’re f*cked.

“The trouble with leopard print is that it’s highly addictive and only leads to more leopard or worse, such as clothes with flamingos on.”

Clubber Tom Booker said: “All she needs is a leopard print hat and you won’t be able to tell her apart from a real leopard. Although cougar might be more accurate.”