DID you just ask someone how they’re feeling and now they’re actually telling you? Quash the conversation sharpish with these tips:

Set fire to yourself

By engulfing yourself in flames you’ll quickly find you’re both talking about pressing new topics, such as ‘Oh my god, you’re on fire’, ‘Doesn’t it hurt that you’re on fire?’ and ‘Why the f**k did you set yourself on fire?’ Don’t talk about how self-immolation makes you feel or you’re back to square one.

The more nonsensical the better. If your friend has started talking about how their messy divorce is getting them down, nod and then ask them if they think we’ll ever go to the moon again. Do this a few times and they should pipe down, or hopefully walk away altogether.

Pretend you saw a UFO

Cutting someone off mid-sentence is fine if you think you just saw a spaceship flying overhead. It doesn’t matter that they don’t exist: pretending they do is way more fun than talking about boring old emotions.

Find out if laughter is the best medicine by testing it out on their ennui, then brush the whole uncomfortable situation under the carpet by saying ‘awk-ward’ in a silly voice. If you’re already close with this person, feel free to use the more colloquial ‘awks’.

Bring up your own feelings

If they still haven’t realised you don’t care, it’s time to fight fire with fire. Instead of responding to their petty grievances with sympathetic noises, start talking about how you’ve never really been in love and worry about dying alone. They should immediately course-correct, but there’s a risk they might set themselves alight. Either way you win.

Cat announces plans to shit all over everyone's gardens this weekend 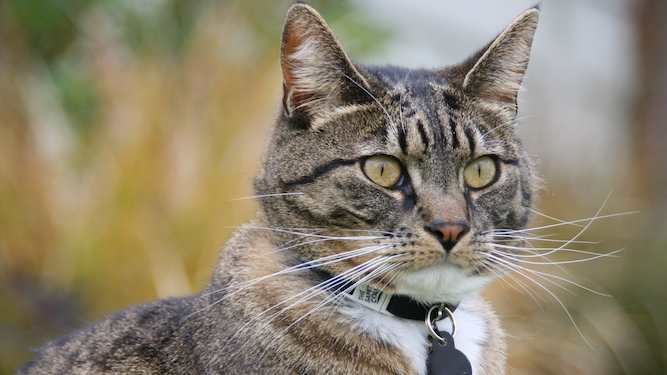 A CAT has confirmed that it will do its utmost to shit exactly where you plan to tread in your front and back garden.

Six-year-old tabby Podge plans to slip through the cat flap and squeeze a few out overnight on as many gardens, patios and decks as possible.

Podge said: “I’m lucky enough to have neighbours who provide me with a range of different surfaces on which I can defecate but my personal favourite is bare soil, which acts as fantastic camouflage.

“I’ve spotted a fire pit across the street, which I think deserves a garnish. I’m also considering leaving a little gift in a sandpit this weekend to freak out some parents and really shake things up.

“However, weather depending, I may have to settle for people not realising my crap is everywhere until they get it on the bottom of their shoes and then walk it through their house.

“Of course no one ever knows for sure where I’ve pissed, which is a shame. But I hope they know I’m doing my best to spray everything they are kind enough to leave outside.”