A MAN declaring ‘We’re pregnant’ to family and friends appears to have forgotten that his wife is the person who will actually push the baby out through her genitals.

Stephen Malley has been proudly taking equal credit even though he is not carrying a seven-pound human around in his abdomen and will not have to pump it out of one of his smallest orifices.

Emma Malley said: “Whilst I’m pleased Stephen is so enthusiastic about being a father I can’t help but want to smack him in the face for thinking his role in the actual pregnancy is any bigger than a slightly underwhelming shag eight months ago.

“Once this thing is out of me he will be of exactly the same importance in terms of parenting. Until then he can take his talk of our ‘shared journey’ and stuff it up his bum.”

Stephen Malley said: “We’re being a bit angry and insulting at the moment, but that’s probably because of our hormones or something.”

You would look so much more beautiful with make-up, woman tells man on date 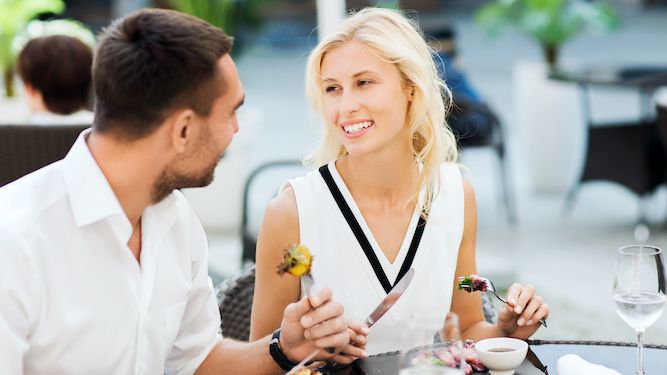 A WOMAN has told her date that he could look so much better if he just put on a little make-up.

Lauren Hewitt informed Jack Browne that he needed to make at least a bit of effort for her, and told him the way he looked was clearly improvable, while staring deep into his eyes.

Browne said: “She seemed to think it was a compliment. I was expected to be pleased.

“Like I’m really going to be delighted on a first date to get told how I should look. Not that she noticed I was offended, because then she went into detail about how much eyeliner I could wear without looking ‘cheap’.”

Hewitt said: “I also said I didn’t think he should be eating sticky toffee pudding when he’s already carrying a little too much weight on the hips.

“I paid for the meal, of course. But when he didn’t invite me back to his for sex, I made it very obvious that I resented it.”