A MOTHER of identical twins has confirmed that she finds them just as profoundly weird as the rest of society does.

Emma Bradford, mother to Olly and Ben, said: “Like any sane person, I’ve always found the idea of meeting two people who look and sound exactly the same horrendously creepy.

“It’s genuinely quite scary being their parent. They finish each other’s sentences and have their own secret language. I’ve stopped dressing them the same because they end up looking like that pair from The Shining.

“I think the only thing preventing my boys from standing in front of an elevator and using the freakish symbiotic power of their minds to conjure forth a tsunami of blood is that our house doesn’t have a lift.

“The one consolation is it’s sweet watching them cuddle up in their sleep. However, I don’t think that level of interdependence is going to win them many fans in their 30s.”

When asked for comment Ben and Olly Bradford chanted in unison: “Come and play with us.”

'Spirited' and other words to describe vile children 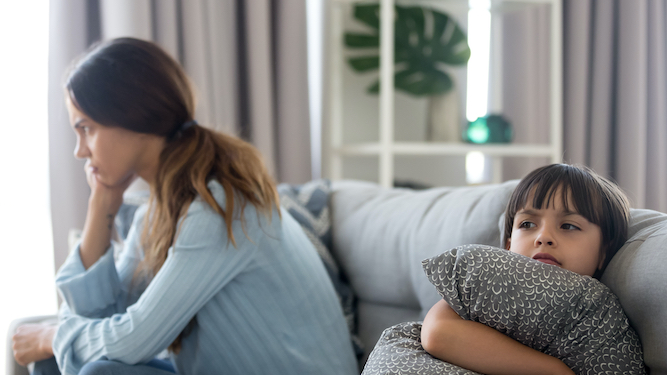 LOVING parents never tell you their child is an irritating, destructive little shit and instead use words like ‘spirited’ instead. Here are some other euphemisms.

You might think a ‘spirited’ child is lively and determined, but you’d be wrong. It’s just a way for a parent to describe a child who has emptied a jar of mayonnaise into their handbag that doesn’t include the word ‘bastard’.

Everyone wants their child to have a certain level of confidence, but not the kind where they think it’s fine to smack another kid around the head with a bit of Brio because they’ve got the train they want. If they say ‘confident’ they probably mean ‘small bully with psychopathic tendencies’.

Knows her own mind

If someone tells you their child knows their own mind they want you to think they are intelligent and assertive. What they actually mean is that as soon as they start a conversation their child yells ‘No talking, mummy!’ at an ever-increasing volume until they meekly comply.

‘Passionate’ has very positive connotations, unless it’s applied to a three-year-old having his fifth tantrum in Tesco because you won’t buy him the bottle of Toilet Duck he has bizarrely set his heart on. Sounds better than ‘f**king annoying’ when apologising to the cashier though.

A boisterous child sounds quite fun but it’s actually a tacit admission by the parent that their child has smashed the screen of yet another expensive television with a plastic dinosaur and they don’t know what to do, so have been frantically googling ‘affordable boarding schools’ all morning.