'I’m busy with my hobbies': Six terrible excuses for not having sex

IS your sex life a barren wasteland of involuntary celibacy? Here’s how to unconvincingly claim you’re absolutely fine with that:

Only makes sense if abandoning a lifestyle of regular one-night stands. Which you haven’t. It’s as convincing as a fox going into an empty henhouse and saying: ‘Actually I was thinking of going vegan anyway. It’s better for the environment.’

‘I’ve got a lot of hobbies’

And as we all know, going for long walks with the Ramblers Association is every bit as exciting as sex. That’s why teenage boys spend every waking minute thinking about losing their Cheddar Gorge hike virginity. If your sexual needs are being met by mountain biking, you’ve gone astray and give your seat a good wipe.

‘I’m waiting for the right person’

‘I wouldn’t want to bring children into this world’

This is putting the cart before the horse, or rather the child before the shag, and the state of the world is a truly lame excuse. The kid’s chances of not dying in a nuclear or environmental holocaust are actually decent. It’s the kind of crap pompous Guardian readers come out with so frankly sex shouldn’t be a problem because there’s enough of them about.

But you can’t f**k them. Unless you’re a heterosexual bloke with a very understanding relationship with Dave, Gav and Darts Andy. Really it suggests you’ve given up because of lack of sexual confidence, but look at the losers who do get a shag. You’d be quite a catch for those sweaty, misshapen, boring lard-arses, so get out there. 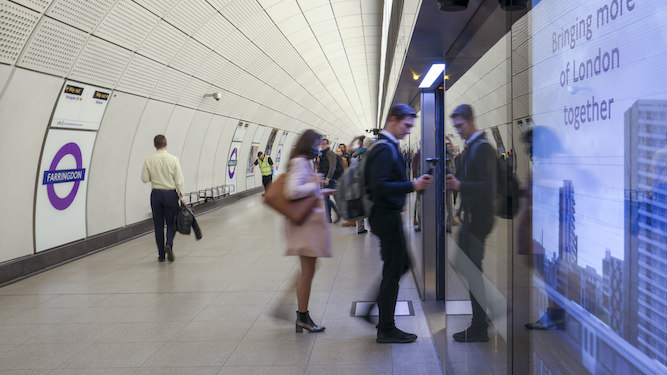 RESIDENTS of the capital have derided the Elizabeth line as yet another transportation failure not good enough for them and their great city.

The line, which runs between two provincial locations no true Londoner would ever want to visit anyway, has already been condemned by busy commuters as ‘too little too late’.

Palmers Green resident Julian Cook said: “So there’s a new line connecting everything from Paddington to Canary Wharf at a cost of £19 billion. And we’re supposed to be pleased, are we?

“How does this help me when I need to get to Bellingham in a hurry? It doesn’t. I’m left with only a Tube network, 700 bus routes, overland rail services, that cable car and Uber to get around. And let me tell you, it’s not enough.”

Jo Kramer of Sutton agreed: “The government’s wasting money on HS2, which serves perhaps three or four hundred people at best, while once again London’s left to just get by.

“I’ve had to cut off all contact with my friends north of the river because it takes me an hour to see them. This Elizabeth line’s total shit just like the Jubilee line was. They owe us another four lines to make up for them.”

Her Majesty Queen Elizabeth said: “Yeah, to be fair, I had a go on it, it’s bollocks.”