A MAN has been enough of a d*ckhead to attempt to solve a problem in his girlfriend’s personal life, he has admitted.

Tom Booker listened carefully to girlfriend Ellie explain how the whole situation with her and Hannah at work is just impossible, then went and tried to come up with a solution like an ars*hole.

He said: “All I said was ‘Can’t you just ask Hannah if she knows about your argument with Jason?’ and I got a mug thrown at me.

Ellie Shaw, 31, said, “I can’t believe Tom tried to solve my problem. So, not only is he totally unsympathetic, he also thinks I’m an idiot? I mean, I could deal with it tomorrow if I were willing to give that slag the satisfaction.

“The way it goes is: listen to me rant, be 100 per cent on my side, say that everyone else involved is wrong and selfish and offer to make me a tea.”

Ellie will shortly call a female friend for the rest of the evening, while Tom will go and sit in the bedroom on his phone.

Boris-Carrie wedding to be Harry and Meghan done right 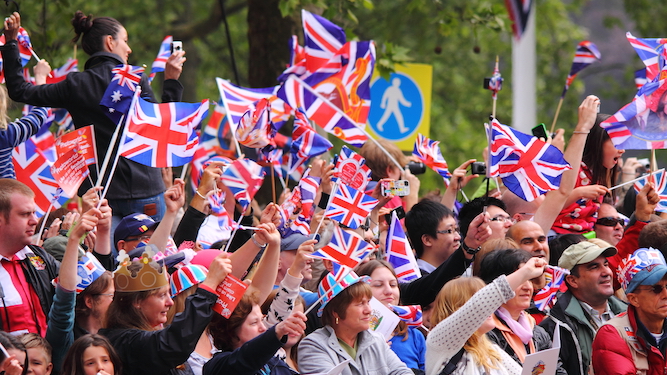 THE Downing Street wedding is to be a better, less ungrateful do-over of 2018’s upsetting Royal wedding, Conservatives have confirmed.

The wedding is to take place at St Paul’s Cathedral after an open-topped carriage parade through London past delighted crowds with no reason to fear that either bride or groom are Remainers.

Roy Hobbs of Swindon said: “The last Royal wedding is tainted for me now. Tainted.

“This fairytale wedding of a dashing prime minister and his much younger bride, both of them proudly against immigration, will heal the wound left by those spoiled brats Harry and Meghan.

“Instead of ‘woke’ guests like Amal Clooney it’ll be attended by true patriots like Jacob Rees-Mogg, Laurence Fox and Katie Hopkins, and the honour guard of soldiers can stand tall knowing they’ll soon be shooting up Spanish fishing boats on the groom’s orders.

“The whole country will party at trestle tables in the streets, eating sausage rolls from Union Jack paper plates and calling Carrie the new Princess of Hearts which that other gold-digging bitch could never be. Because she’s not blonde.

“It’ll be magical and heartwarming and unite the whole country, making us all sensible people who vote Tory in perpetuity. Just like after Charles and Di in 1981.”