A MAN heartily singing Auld Lang Syne barely even bothers to send an emoji to old mates, it has emerged.

Jack Browne is ringing in 2022 by holding hands in a weird way and singing about remembering acquaintances, even though he has not even scanned his WhatsApp groups in months.

Distant friend Ryan Whittaker said: “I’m not expecting Jack to send one of those long paragraph texts where he apologises for drifting apart and drunkenly reveals that he always thought I was a bloody good mate. Although that would be nice.

“But he’s completely betrayed the noble intentions of the song’s lyrics by not even sending a generic ‘Happy New Year!’ I’d kid myself that he sent it to me directly instead of just spamming everyone with a blanket message, we could all move on.

“He’s out there singing it but he’s not living by its principles. I haven’t had a text from him since the pandemic kicked off. Auld acquaintance has been thoroughly forgot in my case.

“I’ll be the bigger person and get the ball rolling by sending a message first. Yeah, you know what? Let’s get 2022 off to a great start by doing exactly that.” 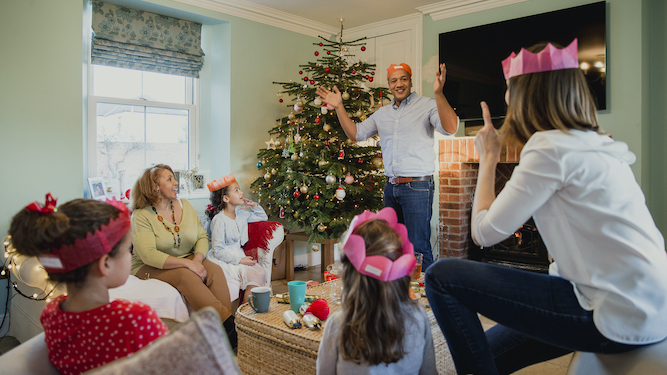 CHRISTMAS is a time for doing things you’ve done so many times before that you hate them. Here are some traditions you’d love to see the back of:

A group of random strangers come to your door and make you stand there awkwardly shuffling your feet as they tunelessly sing a Christmas song at you. What are you supposed to do when they’ve finished? Give them some money? Or tell them to piss off and close the door in their faces as quickly as you can?

Instead of settling down to watch a shit Bond film like A View To A Kill, some awful families insist on playing charades, which is both tiresome and embarrassing. Other parlour games have quietly died a death without anyone missing them, and in the era of PlayStations there’s no reason that charades shouldn’t be brutally killed off too.

We have so much delicious food available to us nowadays and yet we still insist on making an excited fuss about sitting down to a slightly fancy Sunday dinner at Christmas. Why not eat a Sri Lankan curry or sushi or a massive pizza? Because it’s tradition to force down dry turkey slathered in Bisto. Get rid of it. Pigs in blankets can stay though.

At the age of 95, the Queen should have earned the right to spend Christmas like other elderly people – drinking gin, being deaf and complaining that comedy isn’t as funny as it was in 1957. Let’s not allow Charles to start doing it though. No one wants a lecture on the importance of organic farming techniques when they could be watching Mary Poppins Returns.

We see our families all year round, do we have to see them at Christmas too? The kids can be let out to run feral around the empty streets and everyone else can go and hang out with people they actually enjoy spending time with, rather than their spouses. That would be a truly joyful end to the year.