A MAN who bought a five-foot tall teddy bear for a date who stood him up plans to take it home and f**k it, he has confirmed.

Nathan Muir bought the excessively large bear as a statement of Valentine’s love, but after 45 minutes waiting for his date to arrive is prepared to use it to slake his Valentine’s lust.

“I’ve had to pay a deposit on the restaurant, so I’m not missing that. Me and Valentino here will be having our romantic dinner for two with pink champagne and chocolate-dipped cherries.

“Then I’ll take him home – I’m not under any illusions this bear is a woman, don’t worry – and put on my Nate’s Sexy Tunes playlist while cracking a bottle of prosecco. A £15 bottle too, the good stuff.

“And once we’re both in the mood I plan to waltz him into the bedroom, remove his ‘Be My Valentine’ T-shirt, bend him over the bed and give him a right good seeing-to. Why not? I’ve taken the Viagra.”

Date Grace Wood-Morris said: “I saw him from a distance with that bear and I just couldn’t. I couldn’t. If he’s that desperate he can take the bear home and f**k it.”

2001: A Space Odyssey and other classic films you'll struggle to stay awake through 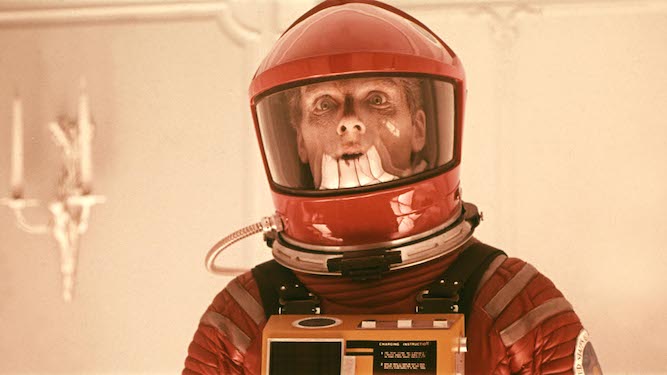 GROUNDBREAKING, seminal and dull as f**k; these movies are so critically acclaimed you should never bore yourself rigid by actually watching them.

Kubrick’s sci-fi masterpiece is about a spaceship with a computer that’s broken. Dealing with HAL 9000 would be child’s play to anyone who’s tried to install a new printer driver. To beef it up into film length there’s a prologue about chimp fights and an ending that even ardent cineastes have to Google to explain.

A movie about a barman who meets an old flame in the middle of the Second World War and helps her escape the enemy, Casablanca has all the makings of a great war flick. But lets itself down badly by focusing on love, romance and cracklingly smart dialogue instead of tanks and rocket-propelled grenades.

A love triangle between a mute woman, a grunting man and a piano in the wilds of New Zealand. It doesn’t go well, as you’d imagine, especially for the viewer. You have to be pretty damn grim for the Oscars to judge Schindler’s List more uplifting.

The perfect storm of subtitles, black-and-white footage, a chess match and Scandinavia means The Seventh Seal is even duller than film critics droning about how marvellous it is. Did influence proper movies by inspiring the scene where Death plays Battleships in Bill and Ted’s Bogus Journey.

All the Mafia cliches seemed fresh, back in 1972. The code of honour, the hits, the betrayals, ‘going to the mattresses’: all new. Now it’s all so tired it’s like when The Simpsons does a Mafia episode. The bits in Sicily, meanwhile, resemble an olive oil advert.

Married man meets a married woman at train station. They drink tea and go to the cinema before deciding not to have an affair. Fourteen-year-olds on badly misjudged first dates are less awkward. If it was remade today they’d get at least get one shag in.