A MAN who thinks his girlfriend should try a bit harder with her appearance has been wearing the same dreadful T-shirt since he was a teenager.

Sarah Bartlet said: “Tom made a comment right before we were due to go out for drinks with his friends.

“I’d been in a rush because I’d just gotten back from work and didn’t have much turnaround time to get ready. I jumped out of the shower and put my clothes on and was ready to go, but when I got to the front door, Simon was already annoyed.

She added “Come to think of it, I can’t remember the last time he bought new clothes. His boxers are almost entirely holes and he has so many holes in his socks, he basically wears them like leg warmers.”

Boyfriend, Tom Logan, said: “I just think she looks nice when she puts a bit of lippy on. This t-shirt is what you call a ‘timeless classic’.” 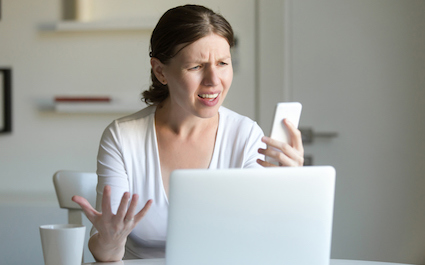 BREXIT voters have asked what a ‘customs union’ is after discovering the term this morning.

As Downing Street confirmed that Britain would ‘categorically’ be leaving the customs union with the EU at some point, millions of Brexit voters said it sounded interesting.

Wayne Hayes, from Lincoln, said: “Does it involve exchanging customs? Does it mean that British men have to kiss each other on the cheek?

“Does it mean that French drivers have to give you a quick wave if you pull over to let them pass on a narrow country road?”

Eleanor Johnson, from Telford, added: “Do Spanish people have to drink tea? Do I have to go to a bullfight?

“I’m not sure about this, ll have to think about it.

“Still, at least it doesn’t have anything to do with massive amounts of trade.”