A MAN whose girlfriend has announced she will no longer be eating cheese is having a long hard think about their relationship.

Nathan Muir, 31, who has been with girlfriend Nikki Hollis for three years, declared himself ‘devastated’ by her decision, and says he feels she has become a stranger to him.

Muir said: “When she gave up sugar I could handle it, and I was even prepared to be understanding about her not drinking during the week, but cheese is sacred.

“Whilst Nikki has many excellent qualities she is, like all of us, at her very best when holding a small cracker that is falling to pieces under the weight of a massive lump of Cheddar.

“Hopefully it’s just a phase because if I look to the future and imagine her forever holding just a miserable stick of celery and a tub of hummus I can feel my love for her melting away like a wheel of Brie left in the sun.”

Hollis said: “How do I break it to Nathan that last week I ate some Dairylea with his best friend Simon?

“It was quick and dirty, but damn, it was good.”

The British person's guide to rioting 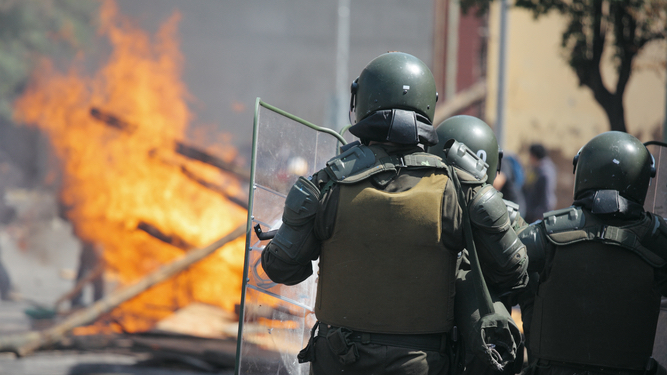 THE French have done some good rioting recently, but is our famous ‘English reserve’ stopping us sorting out our grievances by setting fire to cars? Read our guide to smashing shit up.

Stop being so tediously polite

British people are proud of their pleasant manners, but this only leads to docile, painfully middle-class marches. Instead use a rolled-up Observer food supplement as the lighter in your petrol bomb.

Learn from our neighbours

The French will smash up shops on the Champs-Élysées at the drop of a baguette. The next time a Twix goes up in price at your local garage, drive your car through the window.

Be motivated by something other than looting Sports Direct

Trainers are comfy, but if you’re only out on the streets to to nick a pair of Nike Air Max we’ll never successfully stick it to the man. Unless that man is Mike Ashley. And to be fair, Sport Direct is a valid target if you’re sick to death of being pestered to buy insoles.

If the amount of seething, bitter vitriol that’s put into attacking people in 280 characters was put into rioting it would make the French Revolution look like a quiet night in with your nan.

Realise you already have rioting skills

Throwing hard objects, wielding a stick, being hit in the bollocks – as a nation we already have many rioting skills, it’s just called ‘cricket’.