A MAN with a long, detailed explanation as to why he has chosen to be single is in fact just a bellend, it has emerged.

Tom Booker has been single for four years and has a whole list of reasons for his bachelorhood, none of which touch upon his blatantly awful personality.

He said: “Where do I even begin? First, I barely have any time to go on the many, many dates I’m invited on. I work long, unsociable hours, sometimes until 7pm on a weekday.

“Women are clearly intimidated by my successful career. Most women these days are too feminist to go out with a man who is blatantly better at his job than they are.

“The next barrier is probably how witty I am. I could easily be a stand-up comedian, and because women aren’t funny that’s a real barrier for them.

“Finally, there’s looks. There’s been a backlash against rugged, traditionally handsome men, but I’m sorry, I’m just not one of these bespectacled millennial wimps.

“Let’s face it, the odds are stacked against me. It’s no wonder I’ve chosen not to be tied down.”

Are you too thick to vote? 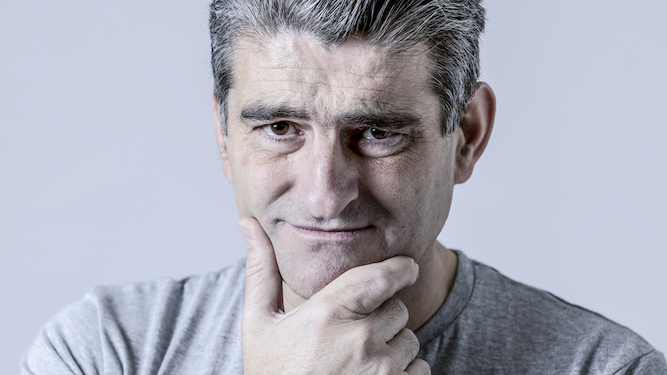 BRITAIN’S current crisis is the result of voters failing to understand important issues, experts claim. So are you one of Britain’s thick-as-pigshit voters? Find out:

Who is the chancellor of the exchequer?

If Anna gives Becky three apples, and Charles gives Becky four apples but she gives one back to Anna, how many apples does Becky have?

A) Six apples.
B) Why’s Charles giving Becky apples? I’m sick of this handout culture where lazy bastards expect everything for free. Becky is everything that’s wrong with Britain.

A) Hamlet. Romeo and Juliet. A Midsummer Night’s Dream.
B) I don’t like made-up stuff. I can’t believe in it. I only watch true crime.

What is the EU?

A) An international trade organisation based in Europe.
B) A dictatorship completely dependent on our money which controls every aspect of our lives and which will collapse without us. Believe me, it’s their head on the chopping block.

What percentage of the British population is white?

A) 86 per cent.
B) Less than 30 per cent and getting lower. Because they breed faster. You know who I mean. We’re the minority now.

Mostly As: You are reasonably well-informed. Expect your vote to be instantly cancelled out by some idiot who thinks cats miaowing is an actual language.

Mostly Bs: For the good of democracy, don’t vote. Or do some bloody research, but you won’t do that because Google is so hard to use, except when you want a pizza or a wank.