A COUPLE has entered the stage where their sickening hand-holding is obstructing the whole pavement.

Tom Booker and Donna Sheridan progressed from the honeymoon period to the pavement blocking period last weekend in a direct challenge to people who would like to be somewhere on time.

Pedestrian Martin Bishop said: “It’s always something you think will happen to someone else. But then one day you turn the corner in a mad rush top up your electricity key before the shops close, and you’re confronted by a pair of bastards.

“Hands intertwined, arms outstretched across the pavement at the perfect height to clothesline a child or a tall dog. Why aren’t they rotting in jail?”

Clingy boyfriend Booker said: “We know exactly what we’re doing. We’re on our way to get more condoms so we can go back to banging loudly with all the windows open.”

A Scottish guide to Boris Johnson 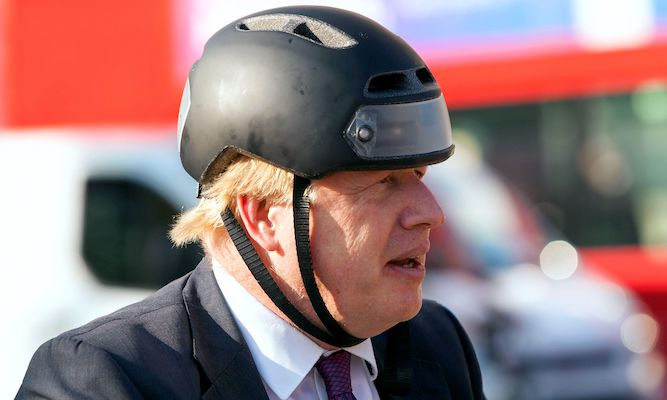 THAT new ‘thing’ the English are calling their prime minister is visiting Scotland. Here’s how to prepare youself:

It’s no a joke
Remember Braveheart, when the English were depicted as inbred, effete aristocrats with no conception of their own towering idiocy? Despite all appearances he’s not just been sent to troll us. He’s their actual leader.

He’s lying
In recent years it’s become widely accepted that not every word every English person says is a lie. That’s not the case with this one. All the old rules apply. And most especially when he says he will unite the country, by which he means shut the f**k up.

They actually think he’s tough
I know. But there’s honestly a whole load of English people who believe that this is a ‘hard man’. They really believe that Europe will be scared of him. Amazing.

We won’t be seeing him again
Once the scarecrow’s finished his tour, lumping us in with Wales and Northern Ireland as if we weren’t a proud independent nation and they weren’t cringing curs, he won’t be back. He only wants us to stay in the UK so the Queen won’t get really f*cked off.

His head will be our football
We’ll have his head as our football soon enough. He’ll balls up this Brexit, we’ll secede from the UK, they’ll have another of their nancy little civil wars, he’ll flee up here to live in exile on one of Trump’s golf courses, we’ll have a few tins and do what comes naturally.