Older siblings great because they catch all the sh*t

OLDER brothers and sisters are great because they break all the rules and catch all the sh*t and you get away scot-free, younger siblings have confirmed.

All outrage at academic underachievement, underage drinking and bringing bad boyfriends home is largely gone by the time the next kid gets around to it, meaning they get mildly reprimanded at worst.

Nathan Muir of Colchester said: “My sister’s first proper boyfriend wasn’t even allowed to sleep under our roof. The rows were massive and, for me as a blameless 14-year-old, deeply enjoyable.

“But by the time I was doing it my mum was already exhausted from three years of battles so I could bring home any skank I wanted. I was having one-night stands at sixth-form.”

Carolyn Ryan agreed: “My brother basically dropped out of university to do drugs. There were fights and groundings and one time all his stuff got put in bin bags in the garage. I helped.

“So when I got caught with an eighth of weed all I got was a tired talk about ‘being sensible’ and I could carry on my small-scale dealing without consequence. Thanks, Dave. Wherever you are.”

Londoner hates everywhere outside of London too 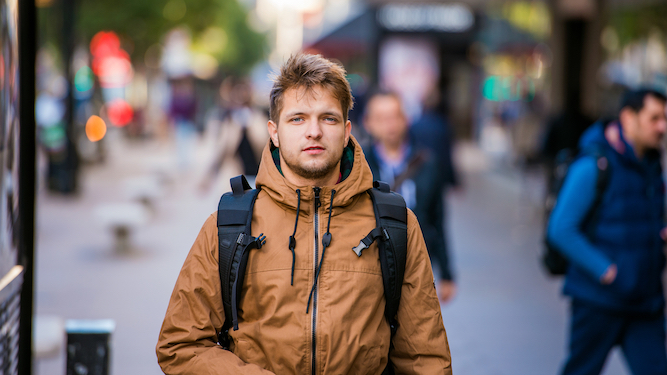 A LONDONER would love to leave London if everywhere he visited outside of London was not equally sh*t, he has admitted.

Joe Turner hates London’s extortionate rents, overcrowded trains and unfriendly people, but recent trips to Wales and the Midlands have not convinced him he could do better elsewhere.

He said: “I could afford a house in Cardiff no problem. But it’s a bit of a sh*thole, isn’t it?

“Like the city centre’s alright during the day, but at night it’s swamped with pissed-up Valleys girls and drive ten minutes in any direction and it’s just grey terraced houses in the pissing rain.

“And in theory I could move to to Leicester, but after a weekend there I challenge any resident to give me a solid reason why I should. I’ve never seen anywhere so dispiritingly flat.

“Manchester’s alright but I’m averse to being punched in the face. Bristol’s unbearably smug, Edinburgh’s f*cking freezing and the less said about Leeds, the better.

“I might as well stay here. Say what you like about London, at least it’s not everywhere else.”