Player husband dropping hints he still has sex with wife

AN office worker is lording it over his colleagues by alluding that he still occasionally has carnal knowledge of his wife.

Durham-based facilities manager Tom Logan enters the office dropping hints that he and his wife of 16 years have engaged in intercourse as frequently as four times a year.

Co-worker Francesca Johnson said: “He makes it so obvious, languidly yawning around the office saying ‘me and the little lady had a bit of a late one’ and winking.

“How does a 47-year-old man think his colleagues want to know that he still has occasional, underwhelming, missionary position sex with his wife? How does that make us feel?”

Boss Martin Bishop agreed: “He struts sensuously around the office, trailing an outstretched hand lingeringly across the photocopier, leaving everyone in no doubt that he enjoyed marital relations that weekend.

“It’s absolutely out of order for a man with two children and a property portfolio to be flaunting a semi-active sex life. But when I try to confront him about it, I’m intimidated. How can I rein in that stallion when I’ve not made love since the first lockdown?”

What I wasn't told at the meeting that didn't happen, by Sue Gray 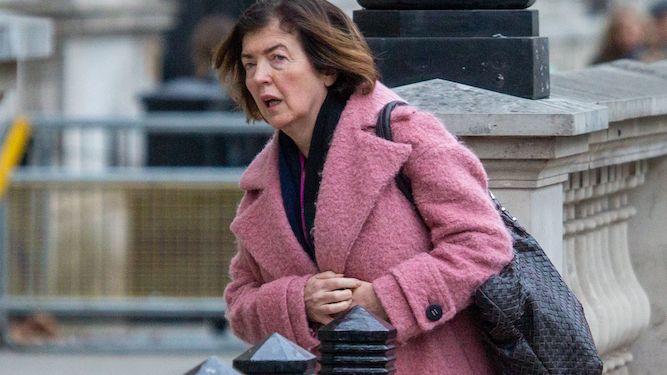 SEVERAL weeks ago, I did not attend a meeting with not the prime minister who at no point edited my report. Here is my timeline of non-events:

11am: A meeting spontaneously arose following no requests for one from either side. It simply came into being from nothing, as did the universe.

11.25am: The other party arrived at the non-meeting scratching his balls after an equally spontaneous lie-in.

11.35am: A draft of my report, which I had not yet written, was circulated for my sign-off. I noted its conclusions and resolved to work towards them while not receiving any advice to do so.

11.55am: I was not appraised of the foregone conclusions of the ongoing police investigation, nor was it suggested that I align my report with fines that the force would elect not to impose.

12.10pm: A full print-out of my pay, career progression and pension was not displayed, and no colourful threats were made as to the curtailment of my career. The editor of the Daily Mail was not put on speakerphone and explicitly did not say he would ‘f**king ruin me’.

12.15pm: The meeting concluded and, having done so, ceased to have ever happened. I resolved to write my entirely independent report without fear or favour to any involved parties, and certainly not our to-be-exonerated prime minister.

12.45pm: Did not to join an alcohol-fuelled business meeting to mark the Cabinet secretary Simon Case’s approaching departure. Did not drink a toast to ‘our heroic scapegoat.’ Shed no tears.