Joshua Hudson’s parents slapped him with the punishment under the misguided belief it would not take that long to watch a website home to millions of hours of explicit content.

Hudson’s father said: “My old man caught me flicking through a copy of Playboy when I was Josh’s age, and being forced to read it from cover to cover in his presence made me the sexually repressed man I am today. So I’m confident the same strategy will work.”

Hudson’s mother added: “It’s going to get even more awkward when we get to the sex tape me and his dad shot in the caravan at Mumbles last year.”

How to lose an argument with your partner 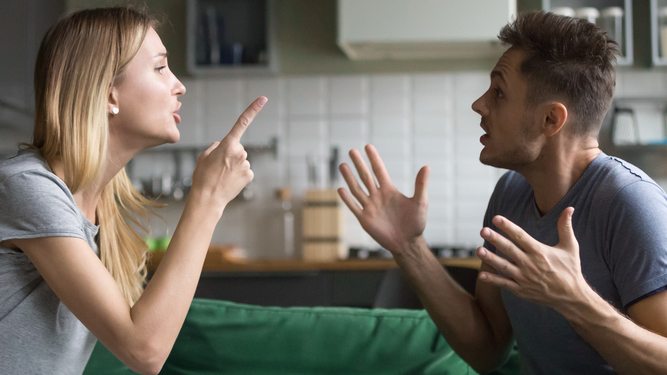 LOCKED in a war of words with your partner? Ensure you inevitably lose yet again by following these tips.

Use logic and reasoning

In any normal argument, logical explanations and appealing to someone’s rational nature are the path to resolution. But you’re not in a normal argument. You’re up against a ruthless opponent who will use their intimate knowledge of your many flaws against you. Victory can only be achieved by descending to their crazy level.

Try to reach a compromise

Think achieving some sort of middle ground will appease your partner? Think again. Even if they pretend to accept a compromise they will take note of your lack of spine and use it against you in the future. By trying to see their point of view you’ve just signed your own death warrant.

You’re not in a court of law. Providing carefully labelled and documented evidence to underline your point will not work. Instead your partner will double down on their crazy and bring up their own evidence, which is usually a minor mistake you made five years ago. This is a war of idiocy, and you’re heavily outgunned.

Aim to resolve things by bedtime

Your partner knows you try to resolve conflicts before bed, so all they have to do is run down the clock until you inevitably cave. Fight back by angrily choosing to sleep on the sofa, which is a totally normal way to deal with a spat about doing the washing up. It probably was your turn, to be fair.

Your partner might fall back on sexist stereotypes to claim victory. If you’re a guy she’ll say you’re too aggressive, if you’re a woman you’ll be told you’re neurotic. Go with the flow and be totally stereotypical: storm out and pointlessly go to the pub on your own, or phone your friends saying what a total shit your partner is, so you later look like an idiot for not dumping them there and then.