That you never fake orgasms, and other things your boyfriend erroneously believes

IT’S a shame, all those things your boyfriend’s so convinced of that he’s never asked you about. Here are his five illusions:

He knows you’ve faked orgasms, of course. With other blokes. The question’s never come up about him. Men are so hardwired to believe they’d know that you could stop and watch a bit of Netflix mid-fake and he’d assume it was part of your climax journey.

You know how to sew

Admittedly, men are expected to change a washing machine filter through genetics, but that doesn’t mean you’re good at sewing. Though he’s never seen you darn a sock he has a weird sense that you’d be able and willing to do so if push came to shove. Kindly f**k off. Though you probably could.

You enjoy getting your hair done

Whoever started the rumour that women enjoy paying £90 to sit in a chair making small-talk with a total stranger for two hours was a bloody liar. It’s not the 1950s and there’s no comradery or juicy beauty parlour gossip. It’s just boredom in a chair.

Maybe it’s the influence of all those ‘Gindependent woman’ signs in crappy gift shops, but your boyfriend is dead-certain that it’s your favourite alcohol, second only to Prosecco. Whereas you like tequila for getting you properly shitfaced.

You dance to ABBA

Ever since Mamma Mia! was released women have had to fight the dangerous stereotype that we all enjoy Dancing Queen. Look, it’s not bad, but for f**k’s sake you met off your heads on Mitsubishis at Sundissential with the Tidy Boys playing bangers. It’s hardly Fernando.

You were really into the Euros

Most footballers are fit. Enough said. 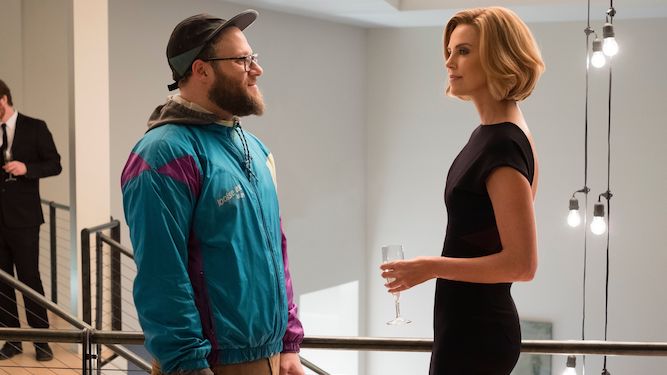 LOVE a romantic comedy? Ever noticed that in half of them the path of true love runs mad? These five classics will have you saying ‘aw’, ‘haha’ and ‘er, what the f**k?’:

Though a total mismatch, this couple end up together when they’ve exhausted all other possibilities which is accurate but unromantic. Plus we’re meant to be down with Crystal and Ryan playing each other in their 20s when he has deep-set frown lines.

Woody Allen’s questionable family choices aside, this film stands on its own two feet as creepy nonsense. Why a 17-year-old would ever want to go out with an annoying, middle-aged man is never explained – except by the presence of the annoying middle-aged man writing, directing and starring in it.

Half of the stories are about a dull older man trying to sleep with a fit bird he works with, Liam Neeson’s adds ‘get your son hooked up’ to the five stage of grief, and what about the bit where him from My Family flies to Milwaukee and bangs three ladies in one night? Richard Curtis is one randy bastard.

And all the other Seth Rogen films where a bearded weedhead manchild pulls a gorgeous blonde. Charlize Theron’s as out of his league as Real Madrid are out of AFC Sudbury’s league. Dude. Have you been imagining dating Katherine Heigl again? You were staring into your bong.

Winslet gets a raw deal of old folk and Jack Black in Blockbuster. Diaz and Law do better but it’s impossible to lose yourself in a film portraying rural England as anything but a hellhole full of red-faced bastards. What kind of mad fantasy world do Americans live in?