The questions men are shit-scared of women asking

DO you want to see the man in your life go rigid with terror? Try asking him one of these simple but terrifyingly difficult questions.

Do you know what day it is today?

Of course he doesn’t, but he’ll instantly be gripped with panic that it’s your birthday or anniversary. Watch him squirm for a while before putting him out of his misery by telling him it’s the date you got the dog. Then do the whole thing again next year.

Are you still planning to decorate the bedroom?

This passive-submissive approach will have him feeling guilty and scrambling to come up with another barely plausible excuse for not having done it in the first place. Great to watch, but don’t expect it to mean he will actually f**king do it.

Do you prefer my hair up or loose?

The classic no-win situation. Whatever his reply, it’ll sound like he thinks the alternative is shit. He’ll babble and stammer a bit before blurting out ‘I think it looks nice either way’. Push him for a definitive answer if you have a sadistic streak.

Can I ask you a question?

He’ll assume this is some terrible harbinger of doom, even though he doesn’t even know what you’re about to ask. Keep him dangling, assuming the Bad Thing you are about to discuss is his fault, then ask him something utterly banal like ‘D’you think I should try making this sausage casserole off BBC Good Food?’.

What are you thinking about?

The classic terror-inducing question, because now he’ll have to pretend he was actually thinking and not vacantly staring into space. Watch him grapple to come up with something intelligent, or even romantic, to give the impression he’s very thoughtful and wasn’t just wondering if he should watch The Meg with Jason Statham.

The bands you loved as a teenager who are knobheads now 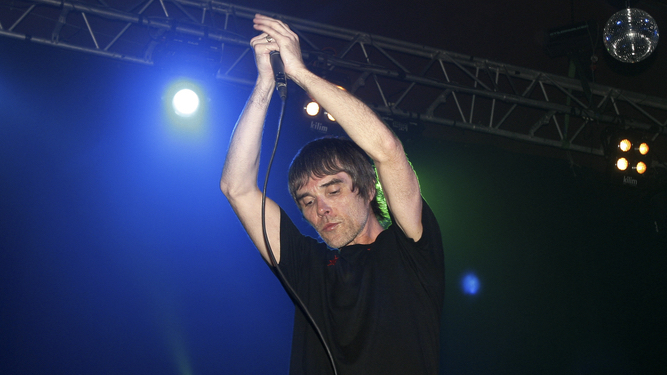 DID you unduly respect certain bands as a youth, but now have a sneaking suspicion they were knobheads? Here are some that look like twats with hindsight.

Classic first album, but the incredibly bigheaded Roses forgot you had to write another one. ‘Fools Gold’ is a decent track, but five years to make it? It’s the work equivalent of taking two weeks to replace a print cartridge. Then came Ian Brown’s anti-vax bullshit, firmly establishing him in the pantheon of rock knobheads, alongside Roger Daltrey.

Not a band, but Dylan was in bands, and ideal for the slightly pretentious teenager. He was, like, really deep, right? Now, years later, you desperately want him to learn to sing properly and stop torturing that harmonica.

Supremely talented, hugely innovative, and bellends. They probably didn’t do sex things with a tied-up groupie and a mudshark/red snapper, but they did produce countless tunes on the theme of faeries and Satanic bollocks. Jimmy Page bought Aleister Crowley’s house, because: ‘A man was beheaded there, and sometimes you can hear his head rolling down.’ Okay.

While Chuck D seems fairly normal, knobheadery was always on the cards thanks to ‘Professor’ Griff and Flavor Flav. Griff got ‘reorganised’, ie. sacked, for anti-semitism, while Flav’s life reads like a random list of social ills: domestic abuse, drug abuse, jail, unpaid debts, and finally showing up on Celebrity Big Brother looking a bit confused.

Super-hyped band from the very late 80s. They later became massive, apparently on the basis of one hit where the best bit is pinched off the Rolling Stones. Later still considerably older singer Richard Ashcroft is still doing daft rockstar behaviour. Still, you can probably sell your CDs on Ebay when you have to do a clear-out.