WHILE some take up wild swimming and others knit, your mum’s favourite hobby is wearing down your spirit. Here’s how this week’s psychological warfare will go.

The phone call at work

Despite the fact that you’ve been a working adult for 15 years, your mum still can’t understand why you aren’t free at 2pm on a Monday for a 40-minute catch up. When you tell her your boss doesn’t like it, she’ll comment that she doesn’t see why that matters. It’s not as if you’ve got a proper job, like your cousin.

Ignoring her calls won’t get you off the hook. You’ll instead be sent stomach-dropping messages such as ‘Call back ASAP’ or the classic ‘Something’s happened!’. Turns out it will only be a story about your dad not being able to get a dentist appointment, but you rang back and that’s all that matters.

If she isn’t getting your attention yet, your mum will dig out a photo of you aged seven, looking like an absolute dork, and post it with the caption ‘Back when mummy was still the centre of his world’. Sadly, this effort won’t have the impact she hopes for because no one apart from her and your weird Uncle Dennis looks at Facebook anymore.

Telling you your dad misses you

She’ll turn up the manipulation a notch higher by telling you your dad misses you terribly, but he’s too stoic to say anything. He was born in the 50s, you know, when men weren’t allowed to talk about their feelings, and you are terribly selfish for not being sensitive to this fact. When you do give him a ring he tells you to bugger off because he’s watching the Grand Prix.

Your mum isn’t afraid to go for the nuclear option and suggest that your life will be better once hers has ended. It’s not like you can agree, even though you’ll finally be able to sell that five-bedroom detached villa they insist they still need. It’s time to bow to her emotional terrorism and pay her a visit, if only so your inheritance remains intact. 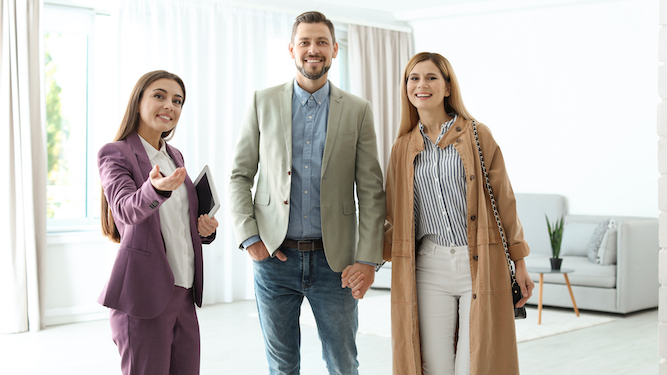 ESTATE agents are dutybound to polish even the most awful of turds. Here’s how they’d present these nightmare scenarios.

Being surrounded by several pubs might seemed like a dream come true for the discerning drinker. However, rather than being pleasant gastro-pubs for middle class people who enjoy a glass of wine, these are scary dens full of drug dealing criminals and students who will use your front garden as a place to vomit up snakebite on a nightly basis.

While the estate agent is trying to make you focus on the property’s south-facing conservatory, you’re more concerned with the lay-by across the road full of used condoms. The excellent local amenities will be scant consolation when you’re woken at 2am by the loud grunts of two doggers shagging on the bonnet of a Vauxhall Astra.

The estate agent will try to set your mind at ease about the fact that you saw a massive amount of graffiti around the local streets by saying that there’s a buzzing local art scene. A poorly rendered cock-and-balls across the front of your house isn’t exactly Banksy, however, and won’t have done much for the price of it when you inevitably decide to move again in six months time.

Being surrounded by nature is many people’s dream, but your estate agent doesn’t mean you’ll hear the tweeting of birds and see cute hedgehogs in the garden. They’re letting you know that the place is over-run with frighteningly confident urban foxes who will use your garden as a big, open toilet.

This is your estate agent’s way of saying that not only will your neighbours look out for you, they’ll be a massive pain in the arse. You’ll be surrounded by the type of twats who’ll complain to the council the first week you forget to cut your grass, saying that you’re bringing the neighbourhood into ‘disrepute’. Wankers.