Woman breaking up with boyfriend can't decide which restaurant to ruin

Donna Sheridan, aged 27, is torn between Nando’s or Watford’s second-best pizza restaurant to have a few drinks, a painful conversation, eventual weeping and to then shun forever.

She said: “I don’t like Nando’s, so that’s tempting. And it’s cheap, and how much do I want to invest in watching a grown man beg for a second chance? Also, free refills might soften the blow of breaking his heart.

“But it’s such a massive chain I’ll end up in there at some point, remembering his pathetic little screwed-up face with that beard he won’t shave even though I hate it, and that’ll be painful.

“So it’s probably Caravaggio’s, which I’ll never enter again after he makes a scene demanding to see my phone and gets thrown out for reaching for a pepper grinder.”

She added: “I broke up with my last boyfriend Tyler in a Jamie’s Italian. That worked out really well.” 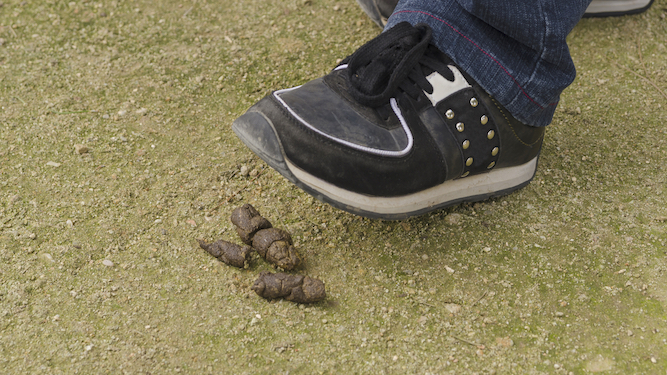 Nobody cleaned up after their dog. Therefore, scraping stinking dog excrement off your shoes was a fortnightly event. Children’s playgrounds doubled as massive dog toilets, and even grass verges were a minefield for your Clarks Commandos.

In the 70s oddball teachers saw no harm in banter that would raise issues today, like ‘Settle down or I’ll chop your balls off with the guillotine.’ Or putting a pupil in a headlock to demonstrate unarmed combat techniques they learned during National Service.

Technically over for decades, but World War II was still going on in comics with sadistic Japs shouting ‘Banzai!’ and British heroes shouting ‘Chew on a grenade, Krauts!’ When your first introduction to Germans is an SS officer screaming ‘DIE, ENGLISCHER PIG-DOGS!’ it’s a miracle you don’t develop a completely warped view of Europe.

It’s no coincidence that the 1970s were the golden age of public safety films, because people really did believe the ideal container for caustic soda was a Tizer bottle stored within reach of small children.

McDonald’s was the future

Previous to McDonald’s, there were filthy cafes where truckers ate. When McDonald’s arrived in the UK whole families would go as a special treat. There are no recorded cases of anyone exploding with excitement when they first encountered a slice of gherkin on a beefburger, but it happened.

Homophobia was a national pastime

Kids and gamers still enjoy casual homophobia, but back then everyone was at it. At primary school football matches ‘You’re playing like bloody poofs!’ was seen as useful constructive criticism by dads and PE teachers alike.