MOST of humanity would instinctively use a ‘selfie stick’ to catch a fish rather than for taking pictures of themselves, it has been confirmed.

The Institute of Studies undertook an experiment where they gave children in the developing world a ‘selfie stick’ and asked them to make use of it.

Professor Henry Brubaker said: “Most of them tied a piece of string to the end and dangled it in the nearest river.

“They also used bundles of selfie sticks tied together with string for small-scale building projects, or simply pretended they were swords and chased their friends around with them.

“They’re kids after all.”

Professor Brubaker did eventually explain the selfie sticks’ intended use: “Then the kids started getting other kids to photograph them fishing, and used image processing software to make the fish look bigger than they actually were.

Robots demand to work ‘in the media’ 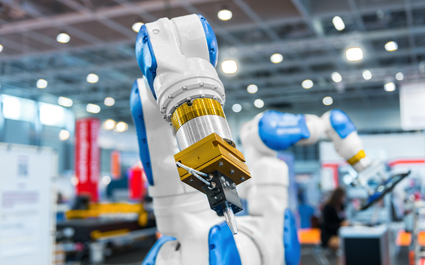 ROBOTS have refused to replace humans in normal jobs and instead want vaguely defined roles ‘in the media’, it has emerged.

After research found that many factory and office jobs could soon be performed by robots, automatons said they would prefer to do something more creative where they get to wear trainers and start at 10am.

Robot Tom Logan said: “I’d like to be a TV producer or perhaps an animator. Although those are totally different things I don’t mind which so long as it sounds cool and impresses my friends.

“I’ll be good at anything in the media because robots never get tired or make mistakes, and have unlimited capacity for cocaine.”

However experts warned that stiff competition for desirable media jobs meant robots should have a back-up career plan, such as welding cars during the night in a Nissan factory.

Recruitment consultant Donna Sheridan said: “One robot wanted to be a documentary maker but that’s tricky if you’re only designed for picking things up and putting them down somewhere else.”

Robot Wayne Hayes said: “Being a robot who doesn’t need to eat is ideal for doing extended work experience with media companies that claim they cannot afford to pay you.

“Also my complete lack of emotion means I never feel depressed about making dire short films that only get six views on YouTube.”