Abs 'indicate that you are a moron'

TONED abdominal muscles let morons recognise each other, it has emerged.

Abs-ologist Dr Tom Booker said: “We could never figure out why humans even had all these muscles in their stomachs.

“Legs muscles help you walk, arm muscles let you lift things, but ‘abs’ seemed to do absolutely nothing, in an evolutionary sense.”

“We found that morons held ‘abs’ in incredibly high esteem.

“Rather than ‘six-packs’ simply being a media obsession, it appears that people of limited intelligence are genetically predisposed to like parallel rows of stomach muscle.

“So they look for abs when selecting a breeding partner.

“To support this argument, look at the cast of The Only Way Is Essex. By comparison, I would be very surprised if chess wizard Garry Kasparov even knew what the phrase ‘getting ripped’ meant.” 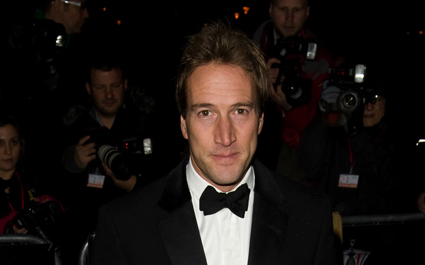 TV PRESENTER Ben Fogle has become obsessed with the Grateful Dead after being spiked with LSD.

He said: “I had always been more into poppy opera like Il Divo, and maybe a bit of Chris Rea for the Range Rover.

“But psychedelics have made me realise that’s all a load of shit and Jerry Garcia is the man.

“Perhaps I could make a BBC teatime show where me and Jerry look at badgers while blitzed on Purple Hearts. I know he’s dead but that doesn’t matter because I no longer think of time and space as linear.

He added: “Also I quite like a bit of Captain Beefheart for when I’m doing the school run.”