Alan Turing 'would be persecuted today for being clever'

HOMOSEXUAL maths genius Alan Turing would be persecuted for being intelligent if he were alive today, it has been claimed.

Turing was instrumental in cracking the Nazis’ enigma code, but was hounded over his sexuality and finally took his own life in 1954. As preparations begin to mark the centenary of his birth, it has been claimed that he would still be ostracised today, for preferring maths books to The Only Way Is Essex.

Professor Henry Brubaker of the Institute for Studies said: “Britain has become a much more tolerant place for homosexuals. Louis Spence could ride a pink pony around Bletchley Park wearing a suit made of plastic penises and no-one would bat an eyelid, in fact they would actively try to ignore him.

“So Turing would be mostly fine on the gay front. But we have to remember he was also a brainiac. That is today a much more serious crime.”

He said: “Nowadays, Turing would have to keep his cleverness a secret. If he was seen doing maths in public he would face a severe kicking.

“Probably he would disguise his immense brain capacity by watching ITV2, dying his skin orange and describing things as having ‘the wow factor’.

“He would meet with other intelligent people in London’s underground ‘clever clubs’, where you are allowed access only after whispering an equation through the letterbox.” 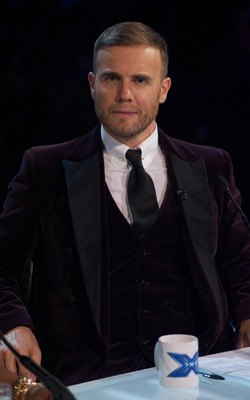 The singer-songwriter performed hits including Why Can’t I Wake Up With You, Stronger and a cover version of Elton John’s Can You Feel The Love Tonight on a special piano engraved with mystic symbols.

Thousands of assembled hippies, druids and ravers joined in the chorus of Take That’s Everything Changes But You, banging ethnic instruments in time with the catchy beat as the first rays of dawn sunshine broke through clouds to illuminate Barlow’s handsome face.

For such an ancient powerful being she’s really approachable with a great sense of humour.

Historian Carolyn Ryan said:  Many thought that the public appetite for celebrating a mythical female might have been exhausted after the jubilee.

Turns out they underestimated the great British enthusiasm for getting smashed.

Reveller Tom Logan said: We praise the ancient primal goddess, and give thanks for the vast cornucopia of illicit substances that she hath birthed from her mighty earth-womb.