The corporation is marketing iEyes as the solution to the ‘eyeballs leaking lava’ sensation that follows an extended session at an LED monitor.

A spokesman said: “iEyes plug directly into your cerebral cortex. They’re impervious to eyestrain, so you never, ever, need to look away from a screen, except to sleep.

“The problem with standard human eyes stems from the fact that our body parts evolved rather than being designed by professionals. I mean, it’s not like early hominids needed to play Angry Bird Space for nine hours straight.

“Book an appointment at the Genius Bar, they will remove and replace your eyes while maintaining a seamless flow of polite banter.”

iEyes owner Stephen Malley said: “The brightness control is good, but you have to regularly update your eyes’ operating system otherwise you can only see stationary objects.”

Technologist Nikki Hollis said: “This is the first step towards ‘iBorgs’, post-human creatures that are more Apple product than flesh and blood.

“The main flaw is that you have to pronounce ‘iEye’ carefully otherwise it sounds like a working class comedian greeting their audience.” 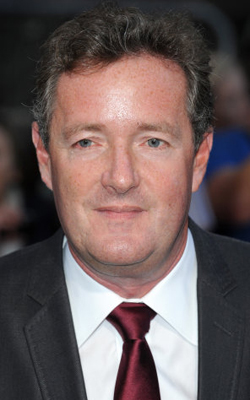 HACKING a mobile phone is not the same as opposing gay marriage, it has emerged.

As former newspaper the Daily Mirror was accused of intercepting celebrity phone messages, experts admitted the practice could be non-ideological.

Professor Henry Brubaker said: “Every single one of our calculations pointed to phone hacking being the same as creationism or kicking a poor person in the mouth.

“Science had agreed that phone hacking was the inevitable consequence of privatising British Rail and crushing the NUM.”

He added: “However, it may actually have been caused by lazy journalists desperate to get stories so they wouldn’t get shouted at by their screwed-up fucknugget of a boss.

“Therefore we may have to conclude that lazy journalists can be both right and left wing.

“And this is remarkable because surely it is only either left wing or right wing people who are lazy and dishonest.

“It can’t possibly be both.”

Professor Brubaker said the Mirror revelations could have a profound effect on the phone hacking issue if it finally stopped people from talking shit about it all the time.