Are you looking at your phone enough first thing in the morning?

YOU wake up, you turn your alarm off and you spend a solid 10 minutes staring at your phone screen, just like you did before you went to sleep. But are you doing it enough?

What do you look at first?

A) The news, the gossip, Facebook, Twitter, Instagram, return to step one, repeat indefinitely
B) Oh, you know, a couple of websites, see if there’s anything new before I go for a shower

How often do you look at your phone throughout the morning?

A) There are moments when I look at other things – my breakfast, the road, the imploring faces of my children – but I keep them to an absolute minimum
B) Occasionally I remember there’s a site I’ve not checked, or I look back at something I’d like to see again from last night, but overall not that often

Does looking at your phone ever disturb your sleep?

A) No, but that’s because I sleep sitting up staring at my phone, dreaming of my phone
B) No, once I’ve had a good hard look at my phone I drift straight off

Mostly As: You could definitely squeeze in some more phone time. Have you considered skipping breakfast? 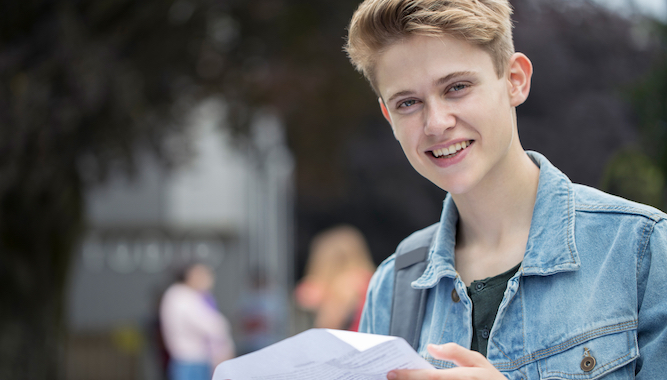 DID you pass your GCSEs decades ago, but love to whine and shit on teenagers’ success anyway? Try these buzzkillers:

Begin a sentence with ‘In my day…’

Then bang on interminably about O-levels, CSEs and being allowed to smoke during exams, like the irrelevant, resentful old fossil you are, especially if your only qualifications are in quaintly 1970s subjects like woodcraft and flare-making.

Claim kids these days are spoon-fed

Ignore the fact that 16-year-olds people nowadays work their arses off because ending up in a zero-hours contract for a failing Mike Ashley retail outlet is better than the alternative, and accuse them of being lazy f**kers because you’re old and bitter.

Sneer all you like about subjects you think are only fit for snowflakes, but media studies, computer science and digital technology qualifications will get them a lot further than your home economics one ever did.

Start a petition to bring back corporal punishment

Why not go full rabid gammon by banging on about ‘no bloody respect’ even though it’s completely unconnected? If you were beaten by adults for minor infractions, they deserve it too, surely?

Barely conceal your resentment about your bad results

It’s painfully apparent that your anger about another generation is all because your own exam results were so bad you were forced to become an apprentice painter and decorator and still, 30 years later, haven’t even got your own van. Have you considered that you might be the thick, lazy one?