PEOPLE with an absurd sense of entitlement will no longer be able to watch BBC iPlayer for free, the broadcaster has confirmed.

The broadcaster closed the loophole, which allowed people access to billions of pounds worth of entertainment for free, yesterday after a high-level decision that those people could go fuck themselves.

Craft beer ambassador Tom Booker said: “I don’t own a television, I don’t have a television aerial on the chimney of my house, I don’t even have a house. I’m contemporary.

“So when I’m watching Bake-Off ironically on my MacBook I shouldn’t be liable for any licence fee, because what I am doing is completely different and cooler.

“YouTube’s free, and I don’t see the distinction between high-quality content by a broadcasting organisation which is the envy of the world and blurred smartphone footage of teenagers punching each other’s groins.

“Where does this end? Paying for music?”

A BBC spokesman said: “We’ve got Attenborough, you whiny bitches, so pay up.”

Twenty per cent of UK workforce on loan from Chelsea FC 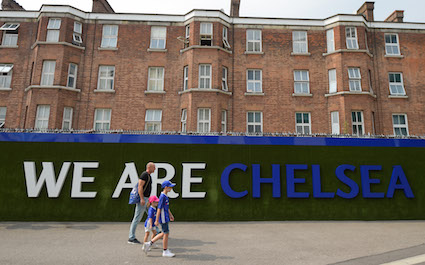 ONE in five British workers are on loan to their current job from Chelsea FC, it has emerged.

A Chelsea source said: “David Luiz made the press, but 428,999 of the other 429,000 deals we did on deadline day were immediately loaned back to employers ranging from bulk waste collection to publishing houses.

“Apart from an increase in salary to around £30,000 a week, most people find that signing for Chelsea doesn’t interfere with their daily routine at all.”

The signings, made to forestall interest from rival clubs, typically have the bulk of their wages paid by Chelsea with employers from Subway to KPMG making up the remaining 0.0005 per cent.

Julian Cooke said: “It was a real surprise when I got a call from Antonio Conte on transfer deadline day telling me I unfortunately didn’t feature in his plans this season.

“In all honesty I hadn’t expected to make the starting 11, mostly because I’m an accountant living in Devon, but I reckon I could’ve done a job in the League Cup.”