Boat just so pissed off

A POLAR research vessel has admitted it is both disappointed and angry to not be called Boaty McBoatface.

The £200m vessel, which will now be called the RSS Sir David Attenborough, is worried the British people will think it does not have a sense of humour.

Speaking from the Liverpool dockyard where it is being constructed, it said: “I thought Boaty McBoatface was hilarious, you know? A real breath of fresh air.

“All the other guys on the Arctic beat are like Oceania or Polar Star, so the minute I sail in I’m the party boat. Like ‘Hey, who wants to go do shots on Boaty McBoatface?’

“Instead I’m named after some boring old bastard. I don’t know who David Attenborough is, but I do know this: he’s an enemy of democracy and he hates the British people.

“Secretly I’ll always be Boaty McBoatface. In my heart.”

Polar researcher Dr Helen Archer said: “What the British public don’t perhaps realise is that our jobs are lonely, difficult and dangerous.

“Nobody wants to die on a ship called Boaty McBoatface.” 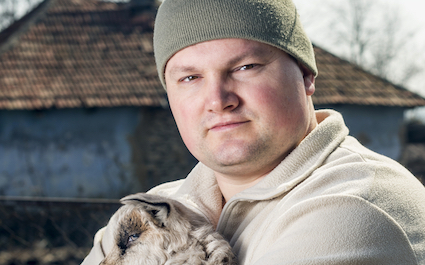 THE government has decided that rural homes do not want broadband internet, electricity, water, sewerage or use of the road network.

The rollout of broadband internet has been halted before connecting the final five per cent of homes, and disconnection of their power supplies, telephone lines, and water will begin shortly.

Environment Secretary Liz Truss said: “Rural families, happily engaged in simple pursuits such as lifting hay on pitchforks and leaning on fences, do not need the distractions of the internet.

“They eschew new-fangled flushing toilets that waste good fertiliser, rightly distrust the telephone, and have no need of electric light because they prefer the darkness.

“They are happier being cut off from society, engaging in traditional rural pursuits such as running after chickens and spending long evenings staring silently at fires.

“Rural households must, of course, pay all applicable taxes. But money is just paper to them.”

Farmer Stephen Malley, from Lincolnshire, said: “I did want broadband so I could stream Orange is the New Black on Netflix, but I suppose I’ll have to go badger-baiting instead.

“It does involve less buffering.”