Experts believe powerful currents of negative energy, known as the ‘crud stream’, are responsible for the high winds and soul-destroying rain.

Professor Henry Brubaker, of the Institute for Studies, said: “The ‘crud stream’ is the collective psychic resonance of all the sh*t things currently overwhelming the UK.

“Every time someone does something bad-minded, for example clicking on a picture of a Love Island cast member’s breasts on Mail Online, it creates an amount of evil ‘crud energy’, a mysterious invisible element which is lighter than air and smells faintly of chestnuts.

“Other causes of ‘crud energy’ include the phrase ‘wow factor’, punching people in kebab shops for no reason and watching television programmes where overweight people get cameras put in their fridge.

“The bad vibes waft into the sky, becoming the aforementioned ‘crud stream’, then form gusts of wind and evil black clouds that p*ss down on us. It’s all quite like the premise of the film Ghostbusters 2.

“Measures for reducing the crud stream include closing ITV2 and the Daily Mail and being less aggressive all the time. For example, Spanish people tend not to hit each other with broken chairs on a Friday night, and hence their weather’s lovely.” 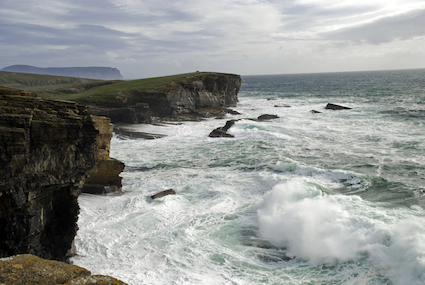 WALES is not there anymore.

After a brutal morning of hefty winds, Britain woke up to discover that its western chunk had been sheered off and was now tossing in the north Atlantic, 150 miles off the coast of Iceland.

People in Herefordshire were first to realise the principality had been removed when they found themselves living on the coast.

Martin Bishop, from the village of Clifford, said: “At first I thought my house had been picked up and dumped next to the sea, like some sort of ‘Wizard of Oz’ fantasy that I’m always having.

“I said to my dog, ‘we’re not in Herefordshire anymore, Toto’, but then I realised that Wales wasn’t there.

Bishop’s neighbour, Margaret Gerving, said: “It seems very traumatic at the moment, but it’s for the best.”

Meanwhile, the government said it was studying a range of options on what to do about Wales and would announce a decision sometime next year.