Britons ‘could solve logic puzzles if they wanted to’

MOST Britons could easily solve logic problems if they felt like it but have better things to do with their time.

Logic puzzles were also criticised for ambiguous wording that failed to spell out the solution and unrealistic scenarios such as castle guards who lie for no readily apparent reason.

Nikki Hollis, from London, said: “My colleague Emma showed me a puzzle about parking spaces in the Metro. I could have worked it out easily but I had an important yoghurt to eat.

“Also the puzzle was about all these empty parking spaces, which is totally unrealistic if you work in central London. Sorry, I’m not going to waste my time if they can’t be bothered to do some basic research.

“It’s like the man who’s got to cross a river with a fox, a chicken and some corn. Why would you buy a fox and some grain if you’ve already got a chicken? It’s an accident waiting to happen.”

Roy Hobbs, from Stevenage, added: “If a man’s got 12 pairs of white socks and 12 pairs of black socks, picking them at random to find a matching pair just makes him a stupid bastard in my book.

“Obviously I could have worked it out if I’d wanted to, in the same way that I could help my kids with their GCSE homework but don’t so they learn the more valuable lesson of coping with failure.” 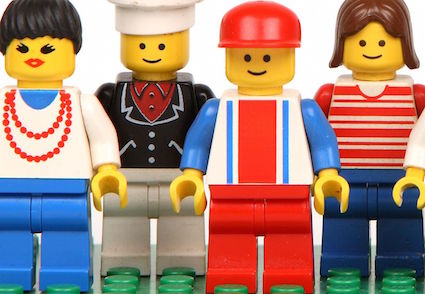 The Danish toy company was branded ‘dangerous’ and ‘irresponsible’ by a government watchdog, following complaints about the unrealistic physical standards its figures display.

Mother-of-two Donna Sheridan said: “My youngest son turned to me yesterday and said, ‘Mummy, I hope I grow up to look like a Lego man.’

“It was heartbreaking. I had to sit him down and explain that his hands will never come to resemble half-eaten Hula Hoops, nor will his head develop a circular growth onto which various hats and hairstyles can be clicked.

“He was inconsolable. I hope Lego is happy with itself.”

Julian Cook, a father of three, said: “Lego is promoting an aesthetic standard that is simply not achievable for human beings. My 12-year-old daughter spends all her time trying to make her body shorter and stockier, and her nose disappear completely.

He added: “How do those Danish bastards sleep at night?”