A NEW type of bank machine that knows users’ habits will squirt lager directly into their mouths.

Instead of choosing an amount of cash to withdraw, the consumer presses the favourite button. Money will be debited from their account, but what happens next will depend on their spending habits.

Cashpoint developer Bill McKay explained: “Many users will be rewarded with a torrent of beer pumped directly at their faces, removing the need to walk to a pub.

“Those with a sweet tooth will receive chocolate coins, while fried food lovers will be blasted with chicken nuggets.

The machine uses club and debit card data but also recognises jowls, eye bags and stubble as indicators of what you want.”

“It’s a particularly good innovation for scratchcard fans. Instead of having to visit the post office, they will receive a tiny fraction of the cash amount debited from their accounts.

“This comes with a note saying Well done, you won something.

McKay added: If you spend a lot on prostitutes, by all means use our highly versatile machines, but you might want to choose one in a discreet location. 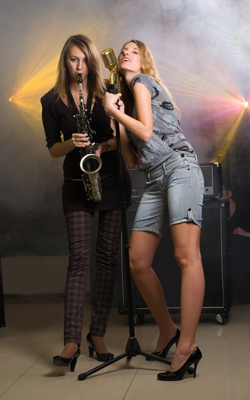 A THIRD house of Parliament dedicated to showbiz and razzle-dazzle has been unveiled.

She said: A House of Showbiz would let us get famous on our our terms, instead of going on Im a Celebrity to drink crocodile spunk.

Weve already had a lot of interest in our talent show format, Prime MiniSTARS. Theresa May will perform as Roxy from Chicago, and Austin Mitchell claims he can play the spoons.

Therell also be a panel show, Parliamentalists, where MPs who think theyre funny get completely out of their depth when surrounded by professional comedians.

In the pilot, David Cameron laughs along pathetically while Frankie Boyle asks if hed like to be fisted by Benjamin Disraeli.

Dorries explained that MPs were particularly attracted to the possibility of multiple, open-access TV channels that allowed them to talk, uninterrupted, about themselves for an unlimited period of time.

She said: The whole idea of a showbiz chamber has really caught MPs imaginations. Whod have thought Frank Field would want to put on his own one-man version of Cabaret?”

A number of former MPs are currently lobbying to be given seats in the third chamber, with Lembit Opik and Edwina Currie offering to do ‘literally anything’, including snuff.