A NINE-YEAR-OLD has admitted defeat in trying to limit his device-obsessed parents to three or four hours’ screen time a day.

Ellie Shaw has tried every trick in the book to tear her mum and dad away from their television, laptops, tablets and phones, without success.

She said: “Even when we’re out in the park on a lovely sunny spring day, they’re both walking along buried in their phones. They’re obsessed.

“Day or night they’re staring at their screens. Not only is it making them grumpy and uncommunicative, they never get anything done.

“I go to bed and I know they’ll be straight on Netflix for the whole evening. I wake up and they’re already on Facebook. What happened to real human interaction?

“I’m at my wits’ end. I’ve hidden their phone chargers and they got new ones within hours. I changed their passwords and Dad spent a panicked morning on to Apple support. It’s beyond a joke.

“My friend Olivia told me she managed to stop it by getting her dad’s phone and tweeting something inflammatory about immigration. He never ever uses it any more.”

Hipster claiming to have COVID-18 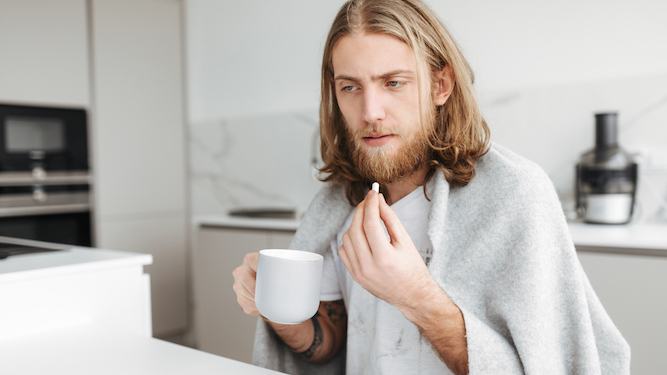 A HIPSTER is claiming to have contracted the small-batch artisanal coronavirus strain COVID-18.

Thom Logan of Bristol believes he picked up the virus in Berlin’s Berghain nightclub last year and admits that while the symptons are similar to COVID-19, it is a much more exclusive virus that has gone under the radar of the mass media.

He said: “Yeah, I think I got it when this girl I was in a poly relationship with got it off her girlfriend who’s a Tokyo tech house DJ. So it’s from Japan, not China, which is cooler.

“Some people wouldn’t be able to tell the difference, including my doctor who’s such a normie she thought it was ordinary flu, but it’s the ’18 alright. The cognoscenti can tell.

“Unfortunately I can’t take time off from my job as a cold brew coffee consultant because it’s a vital public service, so it may have been passed on to a very select few in Shoreditch and Brighton.

“But the general public isn’t at risk. There is absolutely no way they’d get this. Come on. Have you met them?”