FREAK wrangler Simon Cowell may have eaten meat from one of his clones, it emerged last night.

Cowell has been breeding the animals for five years to sing bad cover versions and titilate gay teenage boys, but sources say the impressario now wants to exploit their potential as food.

A source said: “He always envisioned that one day people would be able to eat them, but Simon would never market a product that he would not use himself.

“So last month he invited a few friends round and they barbecued one of the Olly Murs. They all said it was delicious.”

Cowell’s lab creates clones by swabbing beads of sweat from Jason Donovan’s glistening cleft and using the DNA to create a foetus which then gestates in a female hyena.

The source added: “An Olly Murs or a Joe McElderry will be great for a dinner party or a Sunday afternoon roast, you can cook a JLS at the beginning of the week and use it for sandwiches and salads, and an Eoghan Quigg should be okay for your dog.”

The Food Standards Agency confirmed it had received a licence application from Cowell’s company SyCo which included the comment, ‘is not known to cause diarrhoea’.

An FSA spokesman said: “That means that someone has eaten some of the meat, because obviousy seeing or listening to an X Factor contestant does cause diarrhoea. Tidal waves of it.

“While the evidence does not suggest any harm from eating an X Factor contestant, we would ask Mr Cowell to just put ‘from a clone’ on the packet, if that’s not too much fucking trouble.”

Martin Bishop, from Donnelly-McPartlin, added: “You can buy an Olly Murs and take it home and when you grow tired of his new reggae single – the one that makes Mick Hucknall sound blacker than Peter Tosh – you can make him into a great big sausage.” 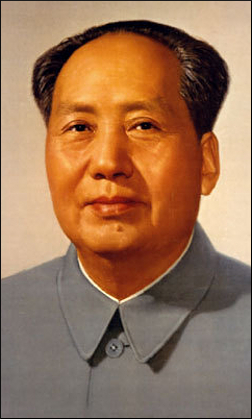 THE Chinese government has warned the people of Liverpool that it will not tolerate the theft of its property once it buys the local football club.

Under the takeover deal Anfield and the surrounding five square miles will become Chinese sovereign territory and subject to the rule of Beijing’s iron fist.

A Chinese government spokesman said: “Your proud football production plant will become an ornament of our republic.

“We will increase efficiency through tightly controlled rations and a programme of incentives including not being beaten with a length of bamboo or thrown into a snake pit.

“And our new comrades would do well to remember that while all property is theft, the theft of property will result in you being shot in the back of the head and your family being sent a bill for the bullet.”

The spokesman added: “We feel confident that the most effective football playing units will show solidarity with the new regime. Also Mr Gerrard and Mr Torres will find it difficult to move to another club when their ankes are chained to a broken lavatory in a tiny concrete room.”

Meanwhile Stephen Gerrard’s wife Alex has already invested in a range of
high-necked dresses and chopsticks for her hair and hopes to win favour
with her ruthless new masters with a delicate rendition of the Flower Drum Song.

But experts said that while many Liverpudlians would regard summary execution as ‘harsh’, in general the takeover would have little practical effect on a city that is used to being run by demented communists.

Dr Tom Logan, from one of those Liverpool universities, said: “Being run by the Chinese could be the best thing that has ever happened to this city. Liverpool could become the new Hong Kong, but without any businesses or people with jobs.”