Corbyn not governed by physical laws of our universe, supporters tell Hawking

THE political wizardry of Jeremy Corbyn is beyond the understanding of a mere genius physicist, his supporters have told Stephen Hawking.

The Cambridge professor, who revolutionised theoretical physics with his work on black holes, has been informed his model of reality is too limited to comprehend how effortlessly Corbyn will win the general election.

Self-described Corbynista Eleanor Shaw said: “Sadly the political establishment, the media and Hawking are too stupid to appreciate the ninth-dimensional chess of Jeremy’s politics.

“He is so far in advance of everyone else he’s actually passed the political event horizon and become a quantum event, simultaneously deeply unpopular and impossible to depose.

“You know 85 per cent of the universe is dark matter, which must exist but hasn’t yet been detected? That’s exactly how it is with polls and Corbyn voters.”

Hawking replied: “Corbyn’s existence seriously damages the many-worlds interpretation of quantum mechanics, because a universe in which that wanker triumphs cannot possibly exist.” 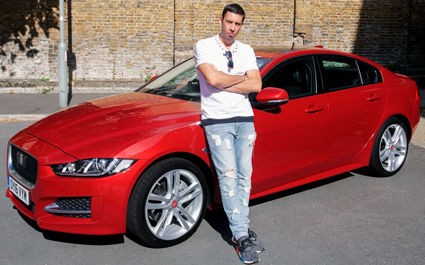 DRIVERS of Jaguar cars can become distracted by thoughts of intense self-love, it has emerged.

Jaguar owners admitted that they sometimes find themselves lost in a deep reverie of thinking about how cool and awesome they are and forget to pay attention to the road.

Company director Nathan Muir said: “When I’m behind the wheel of my Jaguar XE, I’m thinking pretty hard about how similar to Daniel Craig I am, both in terms of looks and tough guy attitude.

“Sometimes I will be imagining how Kiera Knightley would be very impressed by its form-hugging seats and raised centre console.

“Just me and Kiera driving along the M32, she’s laughing at my jokes and asking intelligent questions about my extensive shares portfolio. I’m explaining how it’s best to spread your investments across a variety of medium-risk funds and she’s looking at me with wide-eyed admiration.

“Then I almost drive into the back of a lorry.”

However Muir vigorously denied that his car looks like a glorified Ford Sierra.