A WARNING light on a car’s dashboard has now been safely ignored for two whole years, its owner has confirmed.

Stephen Malley first paid no attention to the light in his Fiat Punto in 2017 and has since driven more than 18,000 miles without it making any difference whatsoever.

He said: “I’m not sure what it’s meant to warn of, given that it looks like sort of an electricity pylon with a shoe on top.

“In theory I should get it checked out, but given the length of time it’s been on without anything bad happening it might as well be a thumbs-up telling me everything on the car’s working just fine.

A spokesperson for the Motor Vehicle Repairers Association said: “Ignoring a warning light is dangerous. Drivers should go directly to their local garage to be charged two weeks’ wages for it to be turned off.” 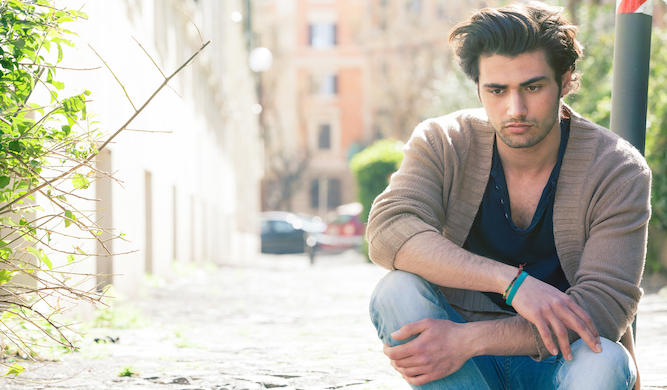 DO YOU awaken every day with a gnawing feeling of dread and impotent rage about the country going to the dogs, whichever way you voted? Here’s how to cope:

Loads of people are making money out of this, so why not you? Call your condition ‘Branxiety’ and bash out a book about your struggles, do the mid-morning TV rounds and rake in the cash. Make a success of Brexit.

Not only will the endorphins lift your mood but you’ll be nice and fit for when you have to storm parliament because the government ignored your ‘will’ or run away after looting a shop in the no-deal apocalypse, depending how it works out.

Stop talking to other humans

All conversations eventually lead to Brexit, so stop exposing yourself to both outraged remainers and rabid Brexiters. Instead talk to your plants or pets, none of whom will bend your ear about getting conscripted into an EU army.

Become one of those Brexit social media people

It doesn’t matter which side you’re on; obsessively post every tiny development that could be construed as a gain for your side, no matter how unlikely or dodgily-sourced. You’ll be so consumed with your Likes you’ll completely forget what it’s actually about.

Burn your own house down

Sometimes being properly distracted from your problems is all you need to feel better. Gutting your house with fire should provide enough of a diversion to forget about Brexit for a while.