Now energy company researchers have developed a machine that can open a ‘time window’ into the prehistoric era, at the exact moment when a megalosaurus or similar large saurian is about to guff off.

The highly flammable lizard flatus is then captured in specially-reinforced cylinders and transported back to the present day.

Quantum physicist Professor Tom Booker said: In the era of the dinosaurs, the prevalent sound was farting. These immense lizards ate either exclusively plants or meat, they lumbered around letting rip with energy-rich trouser eggs.

“When these great beasts trumped, the ground literally shook.

Were currently researching which is the most potent – the deadly dog food nostril­-burners ripped out by carnivores, or the trumpeting heavier-­than­-air marsh­ bombs chuffed out by the vegetarian sauropods.

The public can be reassured that it is impossible for living dinosaurs to pass through the time window, though my late colleague Dr Hobbs was unfortunately sucked into a brontosaurus while bravely trying to attach a containment pod to its anus.”

Environmental groups say the scheme has numerous risks, from the danger of lethal prehistoric farts escaping into our atmosphere to the fear that even minor changes to the past could affect the present.

A Greenpeace spokesman said: It might not seem that the Bronx cheer of a stegosaurus could affect the future, but history could take a radically different course without that filthy stench in the Triassic air.

Well probably wake up in a parallel world where were all apes and Hitlers won the war, as usual.”

Organ donation via Draw Something launched 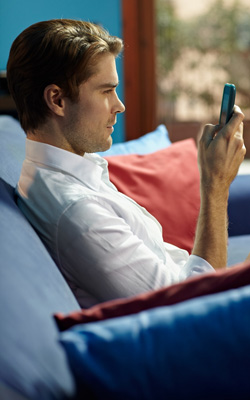 PLAYERS of the mobile game Draw Something can now donate their organs simply by sketching them on their smartphones.

In a move set to drastically reduced NHS transplant waiting times, players reaching a winning streak of fifty rounds will be automatically logged into the national donor register.

They will then be invited to draw the internal organs they are prepared to donate, for which they are rewarded with invaluable game-enhancing ‘bombs’.

App designer Wayne Hayes said “Typical ‘one coin’ organs such as hearts and penises are donated in under five seconds with a basic colour package.

“But since introducing the 700 coin ‘Bile and Exudate Deluxe’, donations of spleens and tracheas have rocketed.

“Here, you can see someone has donated both his kidneys. At first glance, it looks like two massive black sperms, but see these fine streaks of yellow and the word ‘piss’?

Organ beneficiary, Nikki Hollis, said: “I’d almost given up hope of living a normal life again. But my prayers were answered when I got to round 50 with my old schoolmate, Helen Archer.

“She drew her entire bowel system with this arrow pointing to me and clearly I have a smiley face.”

As she was minutes away from organ removal, Archer, now in possession of over 2 million coins and beginning her 900th round, glanced up from her phone and said: “Wait a minute, who are these people in white coats?

“It’s not a fucking intestine. Any moron can see it’s ‘Gosling’.

“You can tell because he’s holding a Canadian flag and performing a sex act on me. Why else would I have that smiley face?”

Hollis took another look and said: “God Bless You, Helen. Because of you I’m looking forward to my first bucket of Black Pedro’s Suicide Hot Wings in three years. And that’s what’s really Drawsome.”