BRITAIN’S Double Gloucester has won the highest accolade in the world of coagulated milk protein.

The cheese was awarded the Nobel Prize for ‘creating a paradigm shift in what it means to be semi-hard’.

The prize, which comes with a cheque for $1m, is decided by a secret jury of Scandinavian professors. It is not awarded every year, becomes sometimes all the cheeses are rubbish.

Double Gloucester said: “My name is on the prize, but it’s not just about me. It’s also about cows. Cheese begins and ends with cows. Or goats, or possibly even sheep if you’re an attention-seeking nightmare. 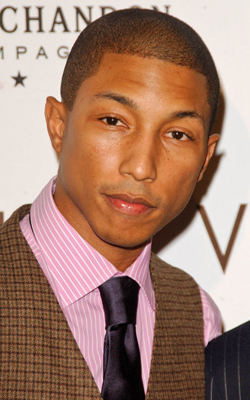 PHARRELL has watched at least ten hours of BBC output a day since 1982, he has revealed.

All about Floyd on Fish

The star of the corporations God Only Knows video was first bitten by the BBC bug during a family trip to Britain where he caught an edition of the early evening show Nationwide, hosted by Hugh Scully and Sue Cook.

Pharrell was so smitten by the programmes mix of current affairs and light-hearted human interest stories that he begged his parents to get a huge satellite dish so he never missed a show.

Pharrell said: When my buddies were out shooting hoops, I was indoors watching the BBC.

Whether it was the original Top Gear starring William Woollard, Judith Hann on Tomorrows World or great comedies like Colins Sandwich or Carrotts Lib, I couldnt get enough of that high quality output.

Watching Chris Searle wire up a very primitive synthesiser to a BBC Electron on The Computer Programme inspired me to start making music.

Today, Pharrell always makes time in his busy schedule to catch up with Cash In The Attic and Escape To The Country.

A BBC spokesman said: It had to be Pharrell, even though he demanded four Blue Peter badges for himself and one for each of his entourage.

“Nobody cares more passionately about the BBC than him, except maybe Will I Am.”