AN electrician has confessed to being absolutely awestruck by the previous electrician’s flawless installation of a bathroom extractor fan.

Wayne Hayes of Wallasey told the householder he was expecting a routine call-out but instead had seen workmanship of such quality it was like looking on the face of God.

He said: “The guy was an artist and a genius. Every time I approach it from a different angle I appreciate it on a whole new level.

“Being asked to replace a burnt-out motor on this is like being asked to touch up the Sistine Chapel’s ceiling. I’m quaking with reverence.

“The sheer elegance of the wiring, the precise yet sensual craft that went into it makes me want to be a better electrician and, indeed, a better man.”

Homeowner Mary Fisher said: “I’m glad he liked it, but he wouldn’t leave until I gave him the number of the last electrician so he can offer to carry his toolbox for him.

“Also I don’t appreciate being invoiced £132 for six hours of ‘gazing in humbled majesty.’.”

Correct deckchair placement could have saved the Titanic, says Corbyn 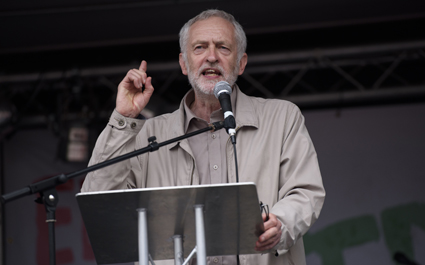 JEREMY Corbyn has argued that if deckchairs on the Titanic had been properly arranged it would have successfully completed its journey.

The Labour leader believes that a placement of deckchairs according to principle, not short-term pragmatism, backed by a substantial majority of third-class passengers would have made hull damage irrelevant.

He continued: “People talk about the Titanic as if it was doomed from the moment it hit that iceberg, when it was a marvellous opportunity to reconfigure seating to reduce inequality on board.

“Positioning first-class passengers toward the ship’s stern and redistributing third-class passengers into the ballroom would have seen the Titanic proudly and fairly sailing into New York.

“But instead the wealthy selfishly put their own survival above the good of the collective. If only I had been there.”

Corbyn added: “I, of course, would’ve placed myself at the ship’s bow supporting Diane Abbott while declaring myself to be the people’s representative of the world.

“I have a clear mandate to do so.”