UKIP is now so pathologically fucked up it has become Britain’s natural party of government, experts have confirmed.

With the party’s MEPs punching each other very hard in the face just 48 hours after the leader resigned after being in the job for a full 18 days, leading academics insisted UKIP and Britain were now so well matched they could finish each other’s sentences.

Professor Henry Brubaker, from the Institute for Studies, said: “A violent, divided, dysfunctional, flailing mess, that doesn’t have the faintest clue as to what it’s going to do next.

“And UKIP’s also having a spot of bother.”

He added: “There are a great many people in Britain who genuinely believe in sorting things out with a proper fight – that results in hospitalisation – before continuing to conduct their lives in a way that can only be described as ‘ill-judged’.

“If politics is about understanding and reflecting the values of a country then Britain truly has found its soulmate.”

Londoner baffled by building used for its original purpose 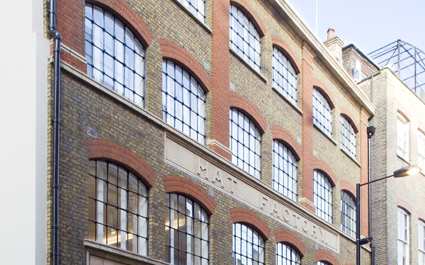 A LONDONER is struggling to come to terms with a wonderful Victorian building in his area that is still serving the purpose for which it was built.

Joseph Turner of Chiswick is still reeling after being denied entry to a red-brick factory on the banks of the Thames on the grounds that manufacturing was taking place inside.

He said: “I’m new to the area so I wandered down there to get a few craft beers, take in a theatre piece, put a deposit down on a two-bed, whatever was going on.

“Instead I find this beautiful building in a fantastic location, such an incredible example of period architecture just begging to have all its interior walls replaced by glass, and there’s nobody in there but a bunch of sweaty-arsed workers in overalls.

“It’s such a heartbreaking waste.”

Turner relocated to Chiswick after his Hammersmith flat burned down. Its local Edwardian fire station had been converted into a space serving botanical cocktails to audiences ironically watching 80s films.