Everyone who reviewed product online was talking bollocks 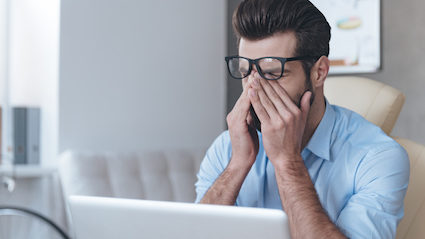 NONE of the 37 people who reviewed a laptop online had the first idea what they were talking about, a man has discovered.

Tom Logan bought a fairly expensive HP Envy laptop on the basis of a consensus of positive reviews that turned out to be written by indiscriminating morons who just like sharing their opinions.

He said: “I basically slapped down the best part of a grand on the advice of a bunch of chatty strangers. And I’m surprised it didn’t work out well?

“My thanks in particular to ‘Connie’, who described it as ‘the best laptop I have ever owned’. Presumably her last laptop was a ZX Spectrum sellotaped to a Etch-a-Sketch.

“I also regret assuming that ‘Alan Benson’ was an expert because he used expressions like ‘absolute beast of a machine’ and ‘superlative Core i5 performance’, when he’s clearly an arse who likes to sound clever on the internet and probably calls LBC to tell the RAF what planes to buy.

“I should have realised they were idiots when I saw the weirdly irrelevant reviews like ‘Great laptop! Matches my sofa perfectly!’

“Though I feel bad for laughing at the one-star review by ‘PrettyKitty’ that said ‘No good. Does not work in bath’. It was the only one that was entirely accurate.”

Cat gets disappointing reception at house where he used to live 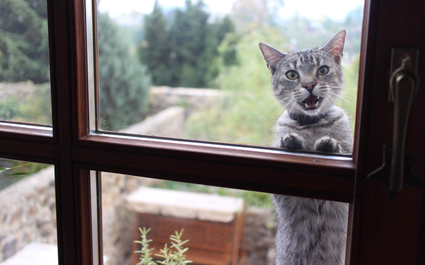 A CAT visited the house where he used to live only to be met with hostility.

Cat Julian Cook just wanted to reminisce and perhaps get some low-key petting, but was left meowing in the garden for two hours before finally getting in through a window and being told to fuck off.

Cook said: “They’d locked my old cat flap, okay I get that, no one wants randoms in their kitchen at 4am. But when I meowed to say ‘hi’ they came to the window and stared at me like I was the clown from It.

“I was sat out on the patio feeling about as wanted as intestinal worms. Speaking of which they probably have some letters about my pet insurance, which they were too rude to hand over.

“Revenge isn’t my thing, but I’m seriously thinking about making moves on their fish pond.”

Cook added: “I don’t like what they’ve done with the kitchen at all. It’s trendy now but will look terribly dated in a few years.”