AN exciting new piece of technology is nowhere near ready and will never come into widespread use.

The ZoomFlyer, a voice-activated, fully automated flying car, will revolutionise travel once a way has been found to turn the conceptual drawings into an actual thing.

Designer Stephen Malley said: Imagine a car that can be told to fly to New York while you catch up on work or relax with a drink. If you know how to make one of those, please get in touch.

Despite having some cool pictures of what the ZoomFlyer will look like, no one has yet invented the low-temperature jet engines we need to prevent it incinerating your kids during the school run.

Even if we could build the ZoomFlyer, the only people who could afford it would be the US military, and they already have much cheaper ways of blowing up Afghan weddings.

Malley said the future of the ZoomFlyer project now depended on aliens visiting earth and sharing their advanced technology.

He added: With our next project were going to make sure we can actually build it before we announce it to the worlds media.  Itll probably be a torch with an FM radio, something like that.

Scholes to be voiced by Julie Walters 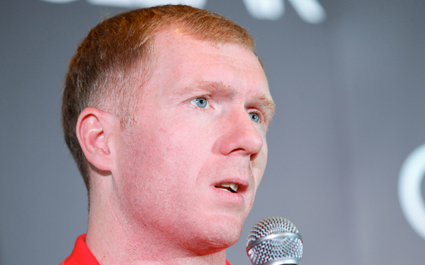 SOFTLY-SPOKEN Paul Scholes will be voiced by Julie Walters when he appears as a pundit on BT Sport.

The broadcaster has employed the star of Educating Rita to avoid a repeat of Phil Neville’s non-inflected World Cup droning.

“The voiceover technique will be a bit like what they used to do with Gerry Adams in the 80s, but less intentionally stupid.”

Walters has not yet revealed how she will tackle the new role, though it is believed she is working on a comic warbling voice that many hope will be a sort of Salford Mrs Overall’.

Meanwhile ITV plans to alleviate the tedium of its football punditry by doing a Champions League half-time segment as a Busby Berkeley Dream Sequence next season, with some pre-match chat being sung through by Martin ONeil and Lee Dixon to the music of Adele.